Close Talker release How Do We Stay Here? Deluxe Edition 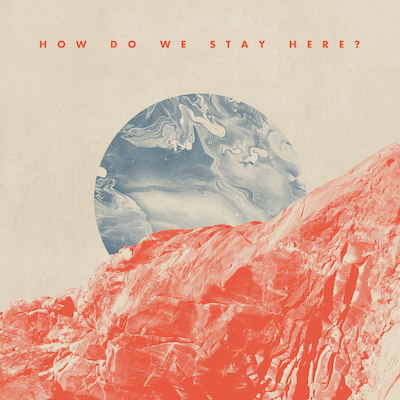 Close Talker have released a deluxe version of How Do We Stay Here? via Slow Weather. The album features five new tracks, including their latest single, “Counterpart”.

According to the band, “Counterpart” stems from “the loss of a relationship a friend of ours experienced a few years ago and the low feelings that followed. It’s about struggling to come to terms with those feelings, knowing you’ll be living in them for a while. Although a lot of our songs have some somber undertones, this one really doesn’t beat around the bush and is probably the saddest song we’ve written.”

“Counterpart” is only one of the tracks from Close Talker. The band, including Will Quiring (vocals/guitar), Matthew Kopperud (guitar/keyboard), and Christopher Morien (drums), have already “gained the attention and praise of notable publications such as NPR and Billboard”. They strive to evolve on every aspect of their craft. This has led to what the band believes is “their strongest and most confident album to date: How Do We Stay Here?.”

How Do We Stay Here? marks a new chapter for the band. The band chose to self-produce the album, allowing them “to hold this album close to their chest while it developed organically over the course of 2018 at RMS Labs in Regina.” They are “interested in music that is timeless – music that won’t force the listener into feeling a certain way. To achieve this, the band approached each song following a code of instincts and honesty, including a list of 10 commandments by which all decisions were filtered through.” This leaves their latest album to be described as “a testament to the band’s integrity and a desire to produce music that is original and pure. It is an album the band wrote for themselves, in hopes that the songs would carry the same meaning in 10 years, as they do today.”