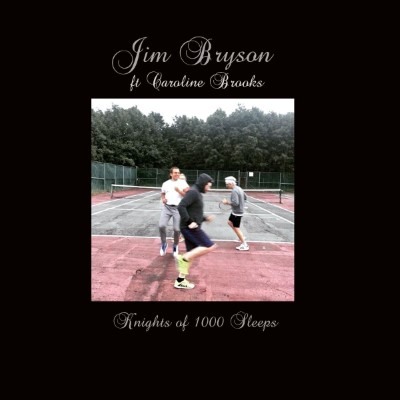 Ontario based producer and songwriter Jim Bryson is excited to share the 3rd installment of his “Survival Tactics Series” called “Knights of 1000 Sleeps”. The new single features Caroline Brooks (of Good Lovelies). Bryson describes it as “a breezy stroll through the late summer season full of reflection and observation and maybe even some real feeling in there as a bonus.” The single is available for purchase exclusively on Bandcamp.

Bryson has been basking in the beautiful summer joy with the recent release of Kathleen Edward’s critically acclaimed album Total Freedom – which he co-produced with Edwards & Ian Fitchuk (Kacey Musgraves). A long-time collaborator with Edwards, he even got the chance to be interviewed by Rolling Stone Magazine. Along with working on Kathleen’s new album, he has produced recent records from Evangeline Gentle, Lynne Hanson, and summersets.

The “Survival Tactics Series” began as a way to offset the offsets of life in the streaming age, but now it has taken on a whole new life “in the pandemic dome”. The first two installments are “Better on Drugs” (2019), and “Mama Tried” (2020).

Jim Bryson is a Canadian Song Singer and Record Maker. He has released 6 critically acclaimed solo recordings, the most recent being 2018’s “Tired of Waiting”.

In recent years, Jim has been recording and producing records for artists from all over the map in his Fixed Hinge Studio he built in 2013. Some names of note Jim has worked with include Kathleen Edwards, Little Scream, The Skydiggers, and Kalle Mattson.

Jim was planning to record some subtle reworking of songs from the 2010’s Weakerthans collaboration The Falcon Lake Incident this April with John K Samson, to be titled “Falcon Lake: Re Revisited”. However, he now sits at home and plays the occasional Instagram Mini concerts and works on his pizza game in his old family homestead in Stittsville, Ontario.