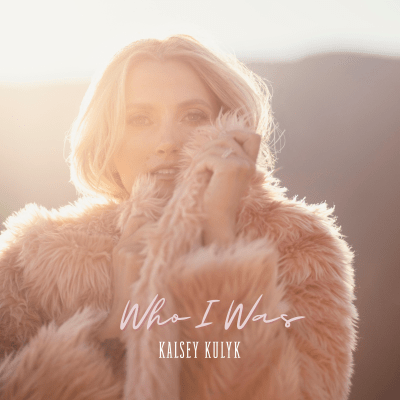 Says Kulyk about “Who I Was,”

“Who I Was” is a very personal song for me. Throughout my life, I’ve found there have been people who have wanted me to be someone else or have tried to make me something I’m not, and I’ve occasionally gotten caught up in trying to be that other person for them. But sooner or later I realize that that someone isn’t me, and I always come back to myself. I hope this song speaks to anyone out there trying to be someone they’re not. The most beautiful thing about you is that there’s no one else like you. Be that person; that’s what makes you amazing!”

Along with many other firsts for her, three days after its release, this single was the top downloaded single in Canada. In September, Pure Country (iHeart radio) radio stations made her their “Future Star,” making her single “Who I Was” heard all over, something that Kulyk waited for her whole career.

In 2019, Kulyk released her self-titled, seven-track, debut album, which has garnered over one million streams globally and was recently nominated for the CCMA Award for Roots Album of the Year.

Kulyk is no stranger to the spotlight. As a teenager, the Hudson Bay, Saskatchewan native artist became acquainted with Fleetwood Mac producer Richard Dashut, who invited her to Las Vegas to record. “We’d write songs, talk about performances, we even pulled a band together and did some shows on the Vegas strip. He literally trained my ears,” says Kulyk. It was also Dashut who gave Kulyk her first taste of Music City.

Richard Dashut had this to say about Kulyk,

“Kalsey has this singularity, this innocence, that I started to feel this spirit that I don’t think I’d heard since Stevie Nicks.”

What a stellar 2020 this has turned out to be for Kulyk.