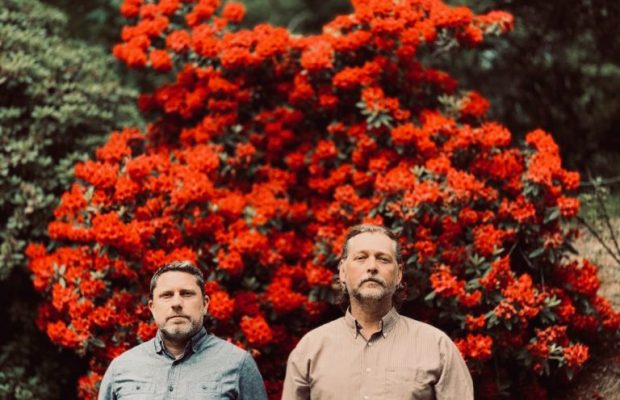 Check out the EP below, and find out more about the band via our Five Questions With segment.

Summer Eyes is a collaboration between myself (Jeremy K David) and longtime friend Chris Janzen. Chris was performing as a singer-songwriter as well as a founding member of the Alt-Country band Old Mare. I’ve done the Indie Rock thing in the past and more recently recording and producing other artists.

We had been working together on a yearly live music event in Abbotsford B.C. which led us to conversa0ons about creating original music together and eventually the birth of Summer Eyes. Our different perspectives, approaches, and experiences have made this such an interesting project.

Chris is a brilliant lyricist and amazing singer and I’ve always wanted to work with him. I’m one of those people that plays most instruments so it’s worked out really well.

Our music really is a blend of analog and digital, organic, and synthetic. A mixture of sparkling synths and guitars, danceable rhythms, soulful melodies, and contemplative lyrics.

In approaching this project, we felt that it was important to not be limited to our past musical styles and let the songs take shape naturally during the songwriting process. I think the result (our self-titled EP coming out September 4th, 2020) is a really beautiful, fun, and diverse group of songs.

Well considering our debut release is during Covid-19 this is a tough one. We haven’t had a chance to perform as a duo yet although we’re both seasoned live musicians and so based on other bands we’ve played in I can tell you that it will be an intense experience. You’ll feel all your feelings haha! So looking forward to when it’s possible to perform the new songs.

“Opens Up (Flying Is Easy)” would be a great start. It’s our debut single and pulls you in right away with hard-hitting synths and rhythms but also quickly into the story. With this song, we’re talking a lot about mental health and wellness journeys. Specifically having our outer and inner lives be more congruent.

Even though the song was written pre-COVID-19, it’s taken on some extra urgency and meaning for these times! Also, the chorus is fun to sing along to, and who doesn’t love that!

Oh, good question! Well, we’re from the same town as You Say Party, and those guys have been amazing. We’re lucky to have such great music coming out Abbotsford. Hollow Groves, Teen Daze, Joel Willoughby, Warm Amps, and Blessed. On the national stage, Arcade Fire, Bahamas, Broken Social Scene, Metric, Dizzy, just to name a few.