Home / Promos / Kim Richardson and Jason Lang release “No Mountain Too High” to promote love, acceptance & living in the moment

Kim Richardson and Jason Lang release “No Mountain Too High” to promote love, acceptance & living in the moment 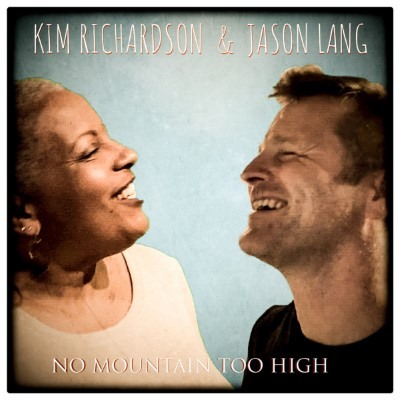 Kim Richardson and Jason Lang have joined their musical forces to release the single “No Mountain Too High,” bringing together all the best elements of old school soul into one dynamic song. The song is described as a hymn to love, acceptance, and an openness towards others.

At the heart of soul music is where these two artists with a musical friendship spanning nearly thirty years find themselves. Lang wrote music for Richardson’s first album, Kaleidoscope. This time he also produced, recorded, and played all the instruments on this uplifting song that celebrates love, living in the moment, and reminds us that by opening our hearts to one another we can accomplish anything.

Richardson is the recipient of three Juno Awards and numerous accolades. Richardson has shared the stage with some of the biggest international stars including Stevie Wonder, Robert Palmer, Barry White, Gino Vannelli, Céline Dion, Ginette Reno, Roch Voisine, Lara Fabien and many more. Richardson has released two solo albums Kaleidoscope (2006) and Mes Amours (2011) and has performed on over 500 albums as a backing vocalist. Richardson has also loaned her talent to many musical productions including Musician Vintage, Vintage 69, Hairspray and recently C’est si bon…de danser!

Lang is an incredibly talented musician and singer that has been a part of the Canadian and international music scene for over forty years. Lang as well has released two solo albums Beautiful Disguise (2008) and Boomerang (2010). Lang also pursued a highly successful career as a sideman, recording and touring throughout Canada, Europe, and the US with many artists including Corey Hart, Amanda Marshall, Roch Voisine, Isabelle Boulay, France D’Amour and many more.

You can check out “No Mountain Too High” on the official Bandcamp page for Richardson and Lang.