The Elwins release “Daughter Song” ahead of new LP 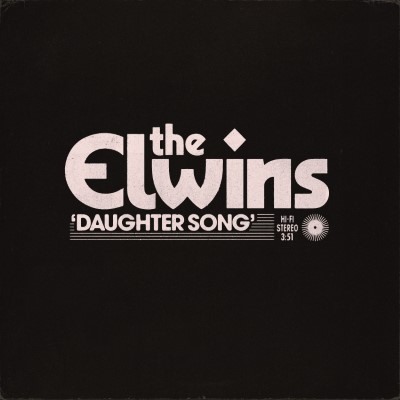 The Elwins are sharing “Daughter Song” from their recently announced upcoming LP titled IV, due out October 23, 2020. This will mark the fourth LP for band members Matthew Sweeney, Francesco Figliomeni, Feurd, and Travis Stokl who recorded the new album in a handful of studios across Toronto. The Elwins have made a decade-long career touring the world, selling out shows, and stealing fans’ hearts. Since the release of their first full-length release And I Thank You in 2012, the Toronto four-piece band has become a staple at home and abroad.

“This song was a bit of a trip for me” says Figliomeni. “The lyrics and melody both basically came in one sitting and I felt really good about it. Even though I didn’t quite know what it was I was saying I felt really in tune with the emotion of it. We decided pretty early on in the process that we wanted to have some sort of string arrangement for it so we got in touch with the great Trey Pollard from Spacebomb Records whose work we have been fans of for a while now. In talking with him it really felt like he knew what we were going for and funnily enough in his description of his arrangement he kinda summarized the song better than I had been able to: ‘the swimming feeling of getting lost thinking about the complexities of life’.”

“Daughter Song” is produced by Feurd and mixed by JUNO award-winning Jay Dufour. The band’s latest collection of music is more direct and vulnerable than their previous releases. Now backed by their own independent label, Pink Eye Recordings, the band utilized their new freedom to play with different sounds and abilities. Leaning on each other, the band embraced new environments and methods, like renting out an old church, writing in the dark, and switching up instruments. The outcome is their most emotional and sweeping record to date.

Check out The Elwins’ new track “Daughter Song” here, and the visualizer video below. IV will be released on October 23, 2020, and is available for pre-order now.