Home / Promos / Richard releases a new single, “The One”

Richard releases a new single, “The One” 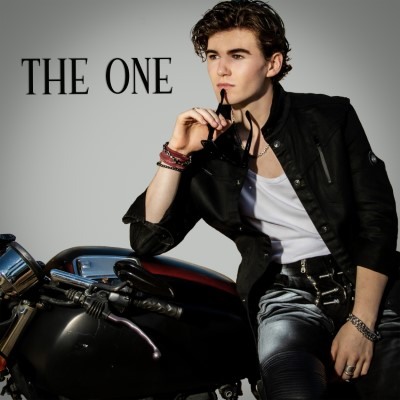 Vancouver pop artist Richard returns with silky vocals and heartfelt songwriting for the hopeful new single “The One”. Sure to be one of the next biggest voices on the Canadian pop scene, “The One” is available on all major streaming platforms.

On the new track, Richard notes:

“”The One” is a very important song to me. It was the first song written and recorded out of all of the sessions I’d done last year. This song is about falling in love. Sometimes we are in a position in life where we need change or help, and sometimes you stumble upon ‘The One’ to make that change.”

Richard’s new single follows his early 2020 release “Proud,” an anthemic tribute of appreciation to the strong women who surround him in life, which garnered over 330K streams across platforms. The two singles prelude his upcoming debut album, Richard, a stunning full-length debut that was co-written and recorded between Vancouver and L.A. alongside veteran songwriters Brian Howes, JVP, and Ryan Stewart.

This charismatic pop recording artist, singer/songwriter, and guitarist builds on a CV already stacked high with countless accolades and awards, two EPs, and performances on marquee stages from Toronto to Los Angeles and many points in between as both headliner and sought-after supporting artist.

A 2019 recipient of the 25 Under 25 Award from the Surrey Board of Trade as well as a Surrey Arts & Business Award in the music category, Richard’s most recent achievements include, the 2018 Don Weldon Memorial Award at the Calgary Stampede, a Peninsula Arts Foundation Scholarship, plus recently stateside songwriter’s retreats and vocal camps, high-profile management with K Music Management, and countless competitions, video shoots, writing sessions and event hosting gigs.

poisonedlava.tumblr.com/
Share this:
Related ItemsAlley Cat PRBC MusicRichardThe OneVancouver BC
← Previous Story Justin Saladino Band releases video for their version of Tom Petty’s “You Don’t Know How It Feels”
Next Story → The Elwins release “Daughter Song” ahead of new LP