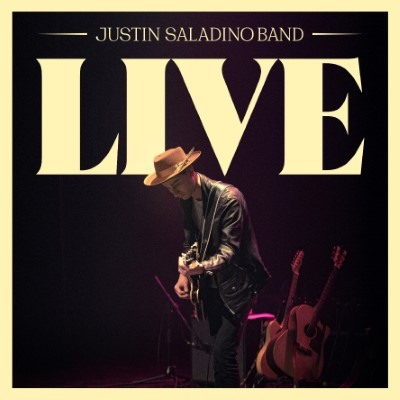 Justin Saladino, Canadian blues, soul, and roots rock guitarist and singer and bandleader of the Justin Saladino Band, have released the live video for the Tom Petty classic, “You Don’t Know How It Feels.” The song is off of the band’s latest LP, JSB Live, and was recorded during the band’s two-night stint at Quebec’s famed Piccolo Studios.

““You Don’t Know How It Feels” is a song I only discovered more recently as I had not grown up on Tom Petty” explains Saladino. “There was something about it that spoke to me and I felt it fit in with my songwriting style as well as the flow of our live sets. I also knew that the band would bring an extra layer of energy and impact, which I believe we captured on this album!”

The LP was released in March 2020. JSB Live highlights Saladino’s deft guitar playing, carefully crafted, soulful melodies, and impactful lyrics. This visceral concert experience is what live music fans are craving right now as we are social distancing and live performances are suspended indefinitely and/or relegated to the drive-in experience. JSB Live puts the listener in the audience and conjures up all the emotions that come along with joining a group of fans watching and grooving along with talented performers on the cusp of breaking into the mainstream.

You can check out JSB Live here and here. Watch the new live video for the Tom Petty classic, “You Don’t Know How It Feels” right here.