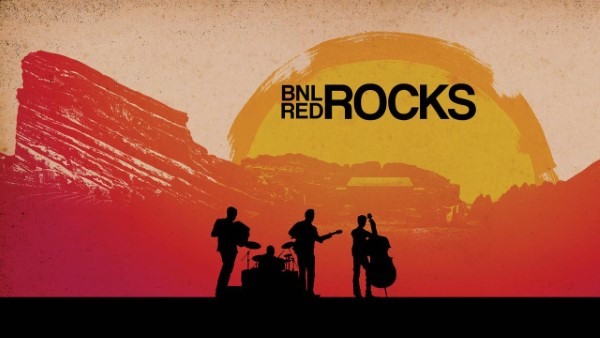 Filmed in June 2015 during their Last Summer on Earth tour at the fabled Morrison, CO amphitheater, and released as the live album, BNL Rocks Red Rocks, the Livestream will feature the high-energy musicianship the band is loved for around the world.  The Livestream will feature a new exclusive interview where the band will discuss their most fun and memorable stories from performing at Red Rocks over the years, as well as commentary from Ed and Tyler throughout the show.

BNL Rocks Red Rocks tops a summer where Barenaked Ladies successfully stayed busy with their #SelfieCamJam, where the band performed deep cuts, fan favourites and even a special performance of their popular children’s album, Snacktime.  The band also teamed up with Michael Bublé and Sofia Reyes for the single “Gotta Be Patient,” with all proceeds to be donated to charity.