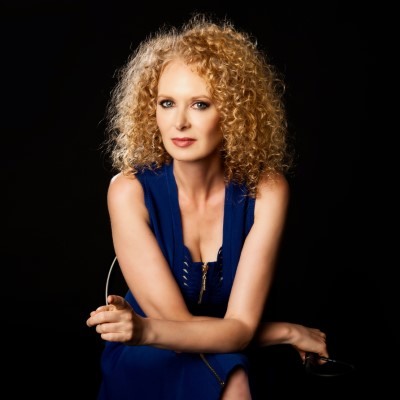 Canadian singer-songwriter, Nancy Ruth has released her fourth single of the year, “Turn the Lights Back Down”.

“It invites us to take pause during this time of global chaos, and tap into the love that connects us all,” she shares of the inspiration behind the song.

Nancy Ruth, of all people, knows very much about this concept firsthand.

“I recorded this song between New York, Vancouver, and Spain, both before and during COVID-19 confinement,” she recalls of the process. “The onset of travel restrictions caught me while I was in Malaga, Spain, which delayed my return to Canada.”

Check out “Turn the Lights Back Down” below and find out more about Nancy via our Five Questions With segment.

My name is Nancy Ruth – I’m a singer/ songwriter and World Jazz composer currently ‘trapped’ in Malaga, Spain (not a bad place to be, as I look out at the Mediterranean, the shores of North Africa, and Morocco in the distance). I was supposed to be back in Canada touring this summer but my flight was canceled due to this bizarre episode we’re living. I grew up in a log house my family built, near Sidney, British Columbia on Vancouver Island. I moved to Vancouver in my 20s and studied music at Douglas College, and theatre at Langara’s Studio 58.

I started touring throughout Western Canada in 1986 with bands booked by the Feldman agency, and I’ve been on the road ever since. Twenty years ago I followed my musical instincts to Spain, as I’ve always been fascinated by flamenco. I’ve been living between Spain and Canada since then, and have had the chance to see a lot of the world as I’ve toured pretty much non-stop over the past 35 years, evolving from rock to musical theatre to jazz, and in recent years, my original music. It’s been quite a ride.

I first came to Spain alone to write and spent three months in self-imposed ‘solitary confinement’ in order to give life to all the music in my head. My writing process hasn’t changed too much – it’s an intense, all-consuming trip. The main difference is that by now I’ve absorbed and digested so many influences from my travels, especially from Spain and North Africa, and have played with so many great players from these regions, that my work has become that much richer and natural to me.

It’s all about the live show for me, and there’s nothing better than feeling an audience’s visceral reaction to music I’ve written. I most recently had that experience in 2018/9 when I toured in Australia and Africa – it was especially gratifying because booking/ performing original material in a World/ Jazz genre can be a risky venture. I think the audience reacted to the energy, drama, rhythm, and hopefully beauty in the music, as well as the stories that put the songs in context.

As far as gigs go, I am doing some local gigs at hotels here in Spain, as that’s about all that’s open right now. However, on November 15, I’ll be performing in an online concert hosted by New York’s Metropolitan Room, renamed Metropolitan Zoom, as they hope to set a world record for the longest virtual variety show. I’ve ordered a good webcam for that!

Breathing In Indigo is suggested listening that sums up both my style and what we’re living right now… a surreal situation that has left so many of us questioning … everything. I wrote the song a few years ago but never could’ve imagined that it’d be (ironically) released during a pandemic.

I just discovered an artist named Dominique Fils Aimé who is creating beautifully layered vocals with a pared-down, modern production – lovely, hypnotic tracks. I would also mention a great musician we lost a couple of months ago, the great jazz trombonist/ pianist/ composer Hugh Fraser. He gave me some great advice early in my career, and I know he impacted a lot of us in the jazz world, both through his music and his tireless commitment to music education.

Share this:
Related ItemsCanadianEric Alper PRInterviewJazzNancy RuthTurn the Lights Back Down
← Previous Story Five Questions With The Record Breakers
Next Story → PREMIERE – The Wind Whistles release new album, Sail Away