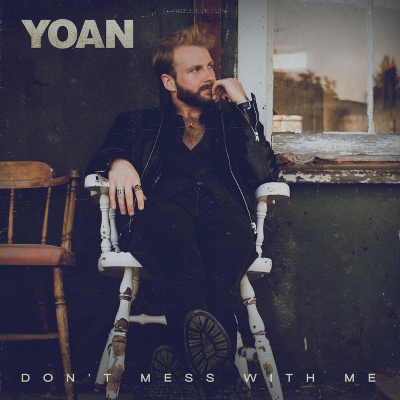 Yoan has just released another brand new single, “Don’t Mess With Me.” The new tune was co-written with Canadian rockstar Randy Bachman who is one of the founding members of The Guess Who and Bachman-Turner Overdrive. “Don’t Mess With Me” is the follow up to the rich track, “Whiskey Lips” which was released back in July.

“Don’t Mess With Me” sees Yoan continue on his new sound direction with a more modern and muscular sound to his music. Fans have continued to show their support for his new music across social media.

With “Whiskey Lips” released to Canadian radio, and the new song “Don’t Mess With Me” we will continue to bring you new information regarding Yoan’s upcoming album details as we learn about his new music. You can check out “Don’t Mess With Me” on Spotify or Apple Music today.

Share this:
Related ItemsCanadiancountryDon't Mess With MeYoan
← Previous Story CRi unveils new single “From Me”
Next Story → Austra shares new remix of “I Am Not Waiting”