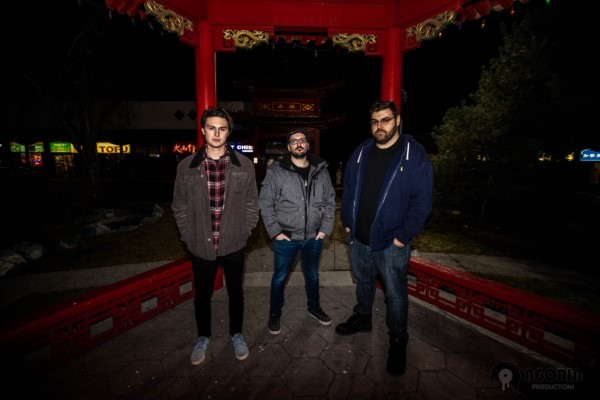 Mississauga, ON-based 3-piece rock band, Late Kings have released their debut full-length album. Jeff Santos (guitar/ vocals) shares that the album can be summarized both sonically and lyrically as a journey through the human psyche, from an individual who has faced crises, has been dismantled, and is reborn as a new, more integrated self.

“It faces themes of understanding loss, facing depression, and dealing with feelings of aggression in a healthy and transformative way. From tracks like “Fade”, where one’s life has been abruptly uprooted, to “My Pain”, where an individual finds new strength in their sense of aloneness, and finally to “Seasons”, where the individual has come to the full realization and acceptance of life’s impermanent nature.”

Check out the album below, and find out more about Late Kings via our Five Questions With segment.

Hey! My name is Sean Winick, I play drums and book for Late Kings.

Our music is quite melancholic yet aggressive at the same time… it tugs on the nostalgia of many 90’s rock bands (which you’ll probably pick up when you listen to the record). Rock/Alt-Rock/Grunge, whatever you want to call it is cool with us. My bandmates Jeff and Michael did all the writing for this album apart from a few drum things I did here and there. All the songs were pretty much complete before I had joined the band back in August 2018. They’re writing styles are pretty different, Jeff focuses a lot on melody and likes to feel out where a vocal would sit in a song. Michael likes to mess around with unique sounding riffs and bounce them back and forth with Jeff. We have only recently started all writing together by just jamming on ideas that we’ve had kicking around for a few months.

Unfortunately, the pandemic cancelled our entire year of shows/tours. We had a two-week U.S tour get cancelled along with a few short southern Ontario runs. Our original album release plan was put on hold and we just recently decided to get it out. Our live show is quite loud, energetic, and captivating. Not necessarily the band you’ll start a moshpit to; however, we’ll have your attention for sure.

I’d say our song “My Pain” is a good start. It’s essentially the anthem on the album.