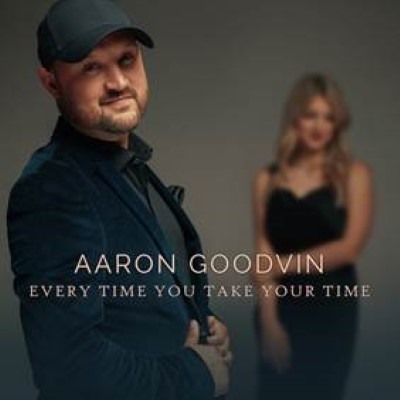 Aaron Goodvin is one of the most down to earth, well-liked and respected country music artists in Canada today. And his love for his wife, Victoria, is very evident in his songwriting and his videos. Goodvin premiered the music video for his latest single “Every Time You Take Your Time” (which was directed by Sean Hagwell and co-stars his wife Victoria) exclusively with Entertainment Tonight Canada as well on etcanada.com on August 27.

Hearing the lyrics to this romantic love ballad you can’t help but realize the love they have for each other. This song is truly written from his heart and the stunning visuals throughout the video show us that love even more. He puts ‘V’ front and centre in this video. It’s very refreshing to see. And the pull at your heartstrings moments include the two dancing and looking into each other eyes and ending the video with a hand-written love note from Goodvin to ‘V.’ “Every Time You Take Your Time” epitomizes the love they have for each other. And what a gift they have given each as they celebrate their fourth wedding anniversary.

Says Goodvin about this video,

“V is my best friend so it was a blast. Being on the set with her was just like hanging out at the house with her, although it was a little strange that she got all dressed up and we had no place to go – thanks to COVID!”

The single “Every Time You Take Your Time” is one of the tracks on Goodvin’s latest album, V, (titled after his wife, Victoria, who inspired many of the songs on the album) which was nominated for Country Album of the Year at the 2020 JUNO Awards. He has also garnered two nominations for the upcoming CCMA Awards – Songwriter of the Year (“Good Ol’ Bad Days”) and Interactive Artist or Group of the Year.

To download or stream V and “Every Time You Take Your Time,” go HERE.