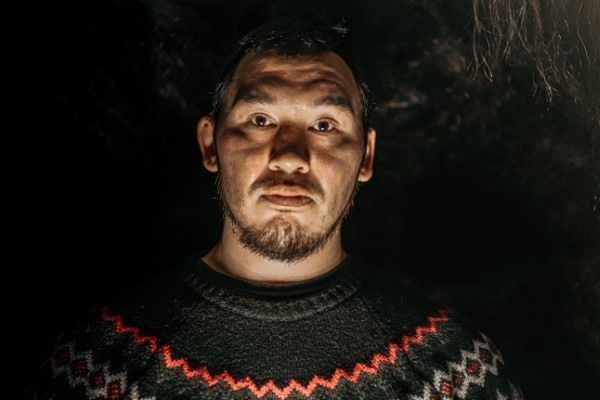 Terry Uyarak is a self-taught singer/songwriter and musician from Igloolik, a small and vibrant Inuit community located north of the Arctic circle between the Canadian mainland and Baffin Island in Nunavut. Igloolik is one of those special places in the Canadian Arctic, where Inuit language and culture are still strongly embedded into everyday life, and there’s a strong sense of community within.

Of the song, Uyarak says

“I decided to write ‘Inuit Nunangat’ back in 2012 because I always wanted to write a song about our ancestors who were absolutely my heroes. In ways I could not explain, I was starting to understand how powerful nature can become. In beauty and extreme. For many,many generations, our knowledge kept evolving and still today we still know much about how beautiful our culture and language is. So for me, having much pride in our people is in the words of the song.”

The accompanying video for “Inuit Nunangat” is directed by Samantha Tomsett and showcases a number of themes heard throughout the album, including lineage, a natural landscape, and life up North. Uyarak’s songwriting is reflective of his experiences as a husband, father, and hunter; and his songs are interwoven with interludes of storytelling by Igloolik elder Simon Qamaniq – all of which provide a sense of the environment in which they belong to. Uyarak elaborates “The land is our source and our being. The land has always been our trouble and our freedom. The land has been my ancestor’s stories and has become my story.”

Uyarak is no stranger to the tight-knit Nunavut music scene; for over a decade, he performed as an actor, juggler, and musician, and toured around the globe with the only Inuit circus troupe in the world, ARTCIRQ. Most recently, Uyarak took part in the creation of and performed in a major multidisciplinary production, Unikkaaqtuaq that toured across Canada in 2019. This kinship and involvement has led to some stellar collaborations, as the album also features prominent Nunavut artists like Polaris Music Prize nominee Riit, Celina Kalluk, and Becky Han.