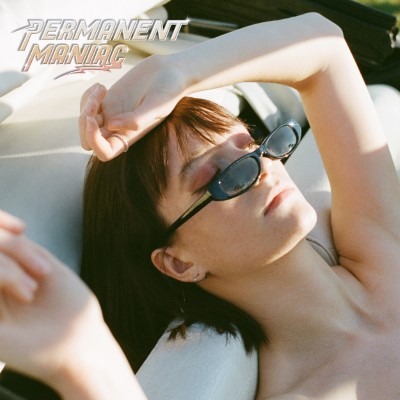 Permanent Maniac is the newest EP from Toronto based artist, GRAE.

Permanent Maniac is a collection of intense emotions delivered with a soft pastel pink tongue. GRAE’s vocals are pleasant and coaxing, reminiscent of the artists Lana Del Rey or Feist; but layered under her gentle voice, GRAE pulls us into vivid scenes of intense, aching love. Infatuation, obsession, longing, jealousy, lust: All the facets of love that make GRAE into a permanent maniac. The songs are generally upbeat, using swaying base and guitar with kinetic pop synths to build up the soundscape; but each track still has its own distinct beat of pulsing rhythm under it – the heartline of passion driving the song along.

The standouts tracks on the Permanent Maniac EP for me were its title track, and “2725”.

“Permanent Maniac” is about the obsession the singer has over a musician because “Since [they] met him on the radio, he’s taking up space in [their] brain.” The song itself has such a great balance of a dreamy psychedelic soundscape mixed with an intense rapid-fire drumbeat that could very well be GRAE’s own heartbeat getting overwhelmed thinking about her celebrity crush. The lyrics are less about obsessing over the musician’s looks, but what he represents as an escape from a boring, mundane reality — to a place of energy and creativity. As a longtime music addict, it’s a beautiful sentiment I can easily relate to.

“2725” seems to continue the narrative of the previous track as the number 2725 is the number of miles GRAE has calculated are between her bed and the object of her affection, even as she points out they’ve still never met. Here the track’s drums seemed to have steadied as GRAE seems to be just as satisfied (if not more so) spending her day imagining dating her crush rather than ever meeting in person. Unlike the previous track, however, the utopian inspiration the musician provided is gone and replaced with a laser focus on this false relationship. The track also keeps the dreamy psychedelic vibe of the previous track but also uses a downbeat bass to give the tone a darker edge — as if GRAE herself is aware this obsession is starting to become unhealthy — The specificity of the distance being exactly 2725 miles (not about 3000 or even 2700) showcasing that fact. Again, getting a little TOO lost in loving an artist is very relatable, and I feel GRAE tackled the subject well here.