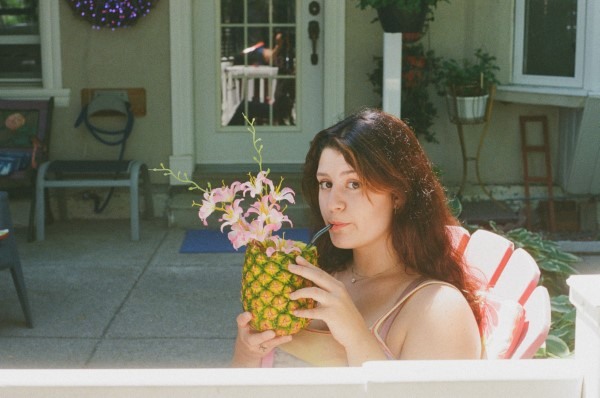 Montreal, QC-based singer-songwriter, Laura Lefebvre made her debut 2 years ago with the release of her first EP, now she preparing for the release of her debut album in 2021. The album is produced by Blaise Borboen-Léonard. Today, we are happy to help her in unveiling the first single from said album, “Baby”, along with a fun, summery video to accompany the release. She has taken her sound in a new direction, exploring lo-fi kitschy pop. She’s got that little something reminiscent of the Mac de Marco sound.

With director Alexandre Pelletier (Charlotte Cardin, Nate Husser, Maki Lavender), they used the codes of French Nouvelle Vague movies and American rom-com to depict with a comic-tragic point of view the futility of an impossible love.

Check out the video below, and find out more about Laura via our Five Questions With segment.

I started making music more professionally when I was 19. At that time, I had no idea how what I listen to could influence the way I write songs, lyrics, the way I arrange the music in my songs, and even the way I sing them. So I used to write folk-ish dark songs on the guitar that did not really mean anything until I discovered LO-FI (Thundercat bass sequence) and fell in love with the process of recording tracks on tape and using old synthesizers and drum machines. I started to make music based on lo-fi beats that I made with my producer, sampling sounds from Zelda Ocarina of Time, and Russian soviet songs from the ’60s. I then add the lyrics which are always a bit abstract and we have a song. I’d say every song on the album has that dreamy happy vibe.

Huge Destroyer fan here. I also quite recently discovered TOPS and I’d say go listen to them RIGHT NOW before it’s the apocalypse and it’s too late because we’re all dead.