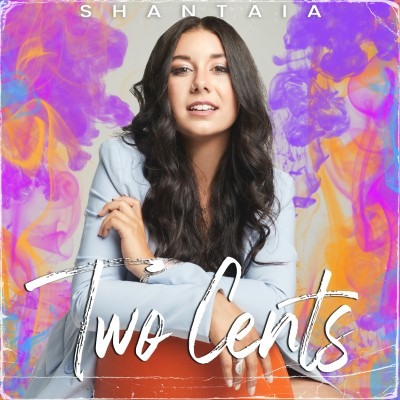 Shantaia, one of Canadian country music’s newest artists has delivered her latest single “Two Cents” to country radio and released the single across all streaming platforms. “Two Cents” is the follow-up to her lead single “I Wish You Would” and the second track from her debut EP Chapter One, released earlier this year. “Two Cents” tells the familiar tale of failed love and the hope for second chances, and all the opinions that come along with that from the people who know you best.

“Most of us have been there; in a relationship gone bad where we struggle with leaving” says Shantaia. “I’ve been there, and I’ve also been that friend that has offered my ‘two cents’ to other friends to get out of there bad relationships. It’s fun, sassy, and one that you can sing and dance to! This song has always been one of my favourites that I have written, and I cant wait for it to hit radio with the music video to follow!”

“Two Cents” is produced by Cold Creek County’s Doug Oliver and mixed by Scott Cooke (Florida Georgia Line, Dallas Smith, Jake Owen). Chapter One is a memorable four-track offering, with a mix of gut-wrenching ballads and feel-good anthems, emphasizing exactly why everyone should take note of the up-and-coming Saskatchewan-based powerhouse. Following delivery to radio last March, “I Wish You Would,” quickly garnered early supporters at stations across the country and was in the Top 3 CanCon downloads upon week of release.

Growing up, Shantaia always had a love for country music, entering competitions across the country and performing onstage every chance she had. At the age of three she was already enrolled in singing lessons, and by six was learning the guitar. Shantaia’s love of songwriting quickly developed and at 13 was both the youngest recipient to ever receive the Project 10k20 grant from Rawlco Radio, which provides Saskatchewan artists with $10,000.00 to record, mix and master an album, and the winner of Regina’s Big Country Talent Show competition, earning her a coveted slot on the Craven Country Jamboree mainstage, now better known as Country Thunder Saskatchewan.

Named the “Emerging Artist of the Year” at the 2019 SCMA Awards, Shantaia closed out the year with her first ever full band show in Nashville, TN as part of the 20th annual AmericanaFest Music Festival and Conference. Having spent the last few years touring the festival circuit, she has had the opportunity to share the stage with such notable acts as Charlie Major, Kane Brown, Ryan Hurd, and most recently Chris Lane. Continuing to share her music in any way she can, Shantaia turned quarantine into an opportunity, performing on a multitude of live streams, creating new music on her own and virtually with other songwriters, and working hard to hone a sound that’s identifiably her own. Check out her latest single “Two Cents” on your favorite music streaming platform.