Max Parker releases video for “Right Back Where We Started” 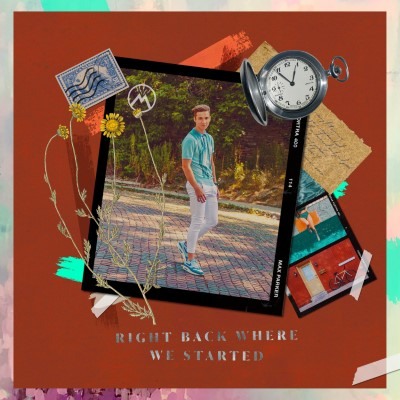 Max Parker, singer-songwriter and pop artist has revealed the new video for his newest song release “Right Back Where We Started,” which is out now via BBTV/Opposition. The track, released on August 14, has already received strong support from Spotify Playlists including; New Music Friday Canada, It’s A Bop, Totally Chill, Fresh Finds, Pop Sauce and Now! 2020 to date and has garnered over 32,000 streams in just over a week. The accompanying video evokes warm feelings of nostalgia for a simpler time, calling to the dog days of summer and the good clean fun of childhood antics. You can watch the video for “Right Back Where We Started” below.

“Right Back Where We Started” is the upbeat follow-up to Parker’s current single “Something About You,” which has garnered over 350k cumulative streams to date and continues to climb. Working with celebrated producer John Nathaniel (One Republic, Switchfoot, Marie Mai), “Something About You” was independently released by the entrepreneurial 18-year-old after a year spent in-studio honing his songwriting skills, sound, and overall artistic abilities.

Tenacious from an early age, Parker burst onto the music scene in 2018 with his hook-filled debut release “Out of the Blue,” organically growing a fan base while finding his voice. To date, the song has over 130k collective streams, 100k YouTube views, and reached 45,000 monthly listeners on Spotify during the height of its single campaign and was recognized by CBC Music Searchlight as a Top 12 standout amongst thousands of songwriting submissions.