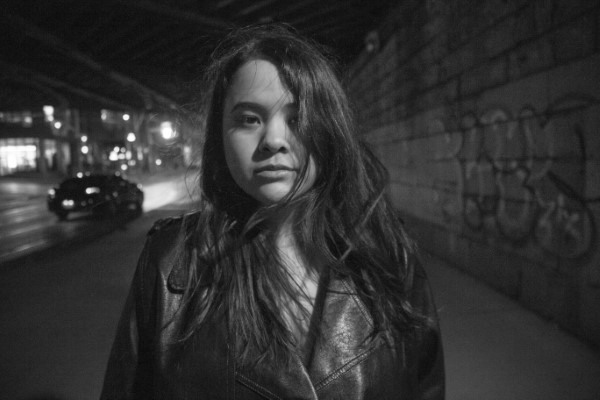 Originally from Sudbury, ON, now based in Toronto, ON, singer-songwriter, and producer, Mikoh has released her newest alt-pop single, “La La Land”.

“This song was written with the intention of commenting on how what we see on social media affects us in ways we might not understand,” the multi-talented French-Canadian artist says. “I wanted to talk about the online culture that enables some to feel like they are unworthy.

It’s also a commentary on the ‘fast life,’” she continues. “The ‘partying’ and surrounding yourself with people that are only around for clout. It’s an interesting space to be in and, although it can seem like fun, it usually comes at a price.

These two situations affect the other, and the cycle of false perception often leads to a misconstrued idea of what life is really about — especially for young people that are heavily influenced by media.”

“La La Land” is Mikoh’s most recent single from her Strange Lullabies project, making it fourth in line since her debut release, “Bright Eyes” earlier this year.

Check out “La La Land” below and find out more about Mikoh via our Five Questions With segment.

Hi Canadian Beats, my name is Mikoh, thanks for having me on the blog. I’m a singer-songwriter and producer from Sudbury, Ontario, and am currently located in Toronto.

I started producing because I was filling a slot at Canadian Music Week in 2019 and didn’t have a setlist ready. I knew that I’d wanted to work on a pop project but didn’t know how to go about getting it done and was just starting to understand how the industry worked. I went back home for a week to Sudbury and decided to use Ableton to create a 15-minute setlist. One of my first singles was written during this time and it pushed me to learn more. I was a classically trained musician from a young age, so music comes naturally, and producing really isn’t something that takes me too long to come up with. Melodically, the sounds are usually inspired from prior experiences and develop over time to become the songs they are today. I’ve always been a fan of pop, alternative rock, and r&b, so the tracks are influenced by all of my favourite artists and albums, but I never reference any particular songs or artists when I’m writing.

Unfortunately, with everything going on in the world right now, I don’t have any shows lined up! I haven’t done many shows, so I really can’t say much about my live performances. I did a hip-hop showcasing tour on the East Coast of the United States in October and that was definitely a crazy experience. I learned a lot about gaining the crowd’s attention and gaining confidence. My show during the University of Western’s Purple Fest was also a great learning experience.

I would have to suggest my latest single La La Land. I wrote it to comment on how social media may negatively affect us, and the online environment that enables people to feel as if they aren’t good enough. It also taps into the subject of the fast life, and how what can seem so glamorous always comes at a price, which often people just aren’t aware of. It’s also the first song that I really developed on my own and it really progressed my growth as a producer and songwriter.

There’s a lot of great talent, so I’d have to name my favourite up and comers and leaders in the game including Anthony Jordan, Lou Val, Majid Jordan, Faouzia, Charlotte Day Wilson, Killy, and Lu Kala.