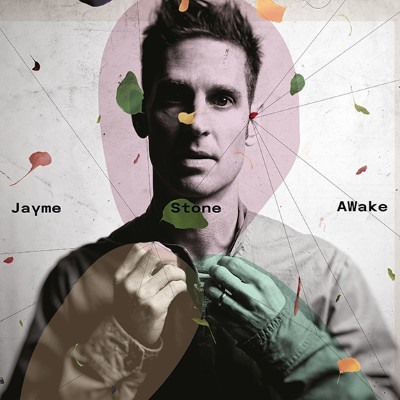 Canadian artist, Jayme Stone is about to release his LP, AWake on August 28, 2020, but first, he has unveiled his single, “Awake Awake”. The single serves as a prescient preview for what’s to come from Stone’s new album as he breaks new ground from folk musician and composer to experimental pop singer and producer.

The songs mark a new creative start for Stone, who is best known for his banjo playing and world-wise roots albums like Africa to Appalachia, Lomax Project, and Folklife. Now we hear Stone singing, playing guitar, and OP 1 (a micro-synth, sampler, and sequencer). He captures and sculpts sounds—felted piano, bass clarinet, analog synths, and sequencers—until they’re hazy and unrecognizable.

“For years I knew I had these songs in me,” Stone shares. “Like I had a premonition that some future me was driving backwards in time, full of songs, and at some point, we’d meet.”

Check out “Awake Awake” below and find out more about Jayme via our Five Questions With segment.

I’m a musician, composer, songwriter, producer, and instigator from Toronto, now living in Colorado. The banjo’s been my primary instrument for years but these days I’m more often playing electric guitar, writing songs, and producing. I’ve made several world-wise roots music records like Africa to Appalachia (after spending three months in Mali) and the Lomax Project (re-imagining old field recordings). My new album, AWake, is a total departure. It’s full of synths and samples and focuses on my lyrics and singing. Half the songs were written in the wake of my brother’s sudden death three years ago.

The songs on my new album were mostly written on instruments I don’t really play. I wanted to send myself into a new orbit so I wrote on tenor guitar, piano, and OP-1 (a micro-synth, sampler, and drum machine). I first find some sonic idea that bewitches me. A couple of entrancing piano chords or a pitched-up sample of me singing. Once there’s a seed, I’ll start singing whatever words and melodies come to me. I then go back and write out the phrases that catch my ear and there’s usually a line, a hook, a title, or a theme to develop. That process can be instantaneous or slow burn over months. It’s part method, part mystery.

Shows? Shows! Oh, how I miss those. I’m of course not touring at all these days. There are a couple of festivals on the books for 2021 but I’m not ready to book anything else at the moment. The future is still too blurry. Instead, I poured my creative energy into making an online home for my new album—an immersive website with lyrics, videos, early drafts of songs, and a visual counterpoint to the music. Liner notes for the digital age. I worked with an incredible designer named Shannon Jager who turned this vision into pixels. It launches on August 28 when the album drops.

Hard to say but I’m pretty stoked about the song “My Woman’s a Nation.” I wrote it for my wife. It’s a hip-hop song about long-term love. We need more of those.