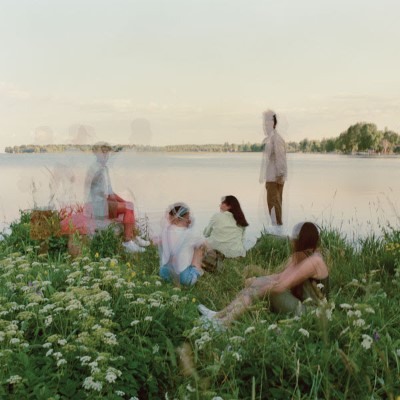 For many artists and musicians, the coronavirus-caused quarantine put a halt on creating new songs and music; however, award-winning singer-songwriter Donovan Woods adapted quickly from his makeshift home recording studio to create his new album Without People, which is due November 6, 2020. The tender track “Seeing Other People” is available on digital music platforms now.

“This was the last song written for the record” says Woods. “Dustin Christensen and I worked on this one in Nashville. Probably a lot of us have dated someone who seemed more desirable than us. I think it’s about that first experience of realizing the person you’re with operates at an energy you can’t live beside. You’re in love with them because everyone is in love with them. I have a specific night from my life that I believe this song is about, but, again, I can’t figure out why I think that. I was imagining that specific night even while we wrote it. Nothing like any of the things described in the song happened that night, there seems to be no connection whatsoever, but the feeling remains and that’s why I figured it was a good song.”

While the album was created by musicians who were all contributing remotely, it encompasses the most intimate moments of human connection, something most people continue to yearn for more than five months into the current global pandemic. On Without People, Woods showcases his ability to illuminate the importance of tiny moments in relationships; from the innocent, unadulterated first blush of budding love on songs like “Clean Slate” to the complexities of the father-son dynamic on “Man Made Lake” and the appreciation of a lover’s grace in one’s weakest moments on the Katie Pruitt duet “She Waits For Me To Come Back Down.” On “Lonely People,” celebrated British singer Rhys Lewis delicately echoes Woods’ sentiments about wanting to be alone, until you’re suddenly lonely.

“This album made me think about how easy life would be without other people, and how useless it would be” Woods explains. “This is what my brain wants to write about, so I suppose my responsibility is to follow it further and further into the most fearsome feelings I’ve got.”

“I dove in deeper on this album than I ever have” says Woods. “So if we are coming to the end of something, I can say that I tried my hardest to write truthfully about the people I’ve loved and the things I did wrong, and add my little verse to the story of what it feels like to be a person.”

For the release of Without People, Woods is committed to supporting individuals in marginalized communities. Woods launched his Humans of New York-esque Donovan Woods With People Project on July 29, championing independent creators from North America, United Kingdom, Sweden, Kenya, and beyond across a diverse range of art mediums including graphic design and illustration, painting, dancing and more. Woods is collaborating with the artists from all over the world to create visual interpretations of each song on the record.’ You can even watch the first illustration created by Toronto-based designer/illustrator Iris Li. “Seeing Other People” is available on digital music platforms now and Without People is available for pre-order/save.