The Darcys release video for “Look Me In The Eyes” 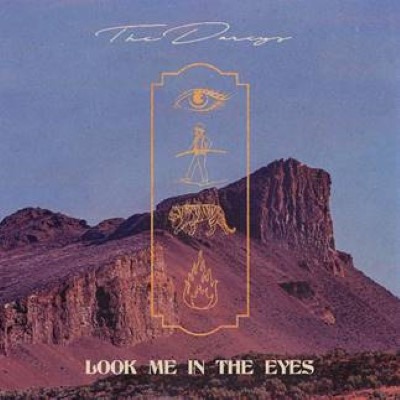 The Darcys, offer a glimpse into their new world today with “Look Me In The Eyes,” a first taste from their upcoming fifth album, due in Fall 2020. Jason Couse and Wes Marskell plan to take listeners on a journey, beginning with a stunning visual trip, created by director Emma Higgins with animation by Studio Feather. You can watch the video for “Look Me In The Eyes” via YouTube.

Discussing this new sonic and visual landscape, the duo offered,

“We don’t usually write songs with this kind of urgent energy, but I think that’s what makes ‘Look Me in the Eyes’ such a great lead track. The song is about the moment in a relationship when hard truths come to the surface and you both need to figure out how to deal with them. Sometimes you get bitter, sometimes you get mad, and sometimes you just need to move on. These themes are universal enough, but what I’m really excited about is for people to see how this song fits in with the greater narrative of our next chapter of music. “Look Me in the Eyes” is an essential key to understanding the songs to come and the accompanying music video helps to build the visual experience of the new album, which is equal parts old Hollywood and spaghetti Western.”

Originally hailing from Toronto, The Darcys’ move to Los Angeles inspired many of their upcoming album’s themes. Drawn to the romance of Hollywood’s Golden Age, the duo contrasts the meteoric rises in fame and fortune with the free falls back onto a Greyhound bus or to the city morgue, creating sweeping tales of glorious rapture, paranoia, and disillusionment. In other words, they explore the sprawling metropolis that draws so many in with its promise and grandeur, reminding us that it has just as many dark alleys and dead ends as it does sun-drenched pools and picture-perfect beaches.

In the past decade alone, The Darcys have earned a JUNO Award nomination for ‘Alternative Album of the Year’, scored a Much Music Video Award, and were long-listed for the Polaris Prize. With “Look Me In The Eyes,” The Darcys open the gates to the City of Angels.