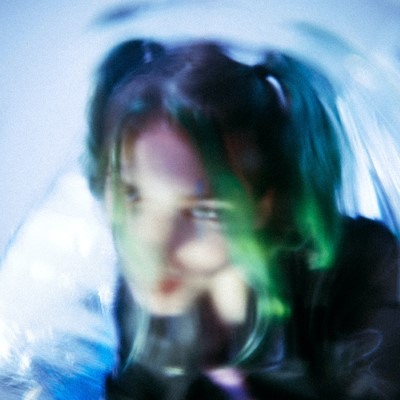 Sophia Bel, the Montreal-based artist, singer, and producer has always been slightly out of step with her surroundings. Originally born in Michigan to a Quebecois father and a Dutch-American mother, Bel grew up intrigued by the mysterious sounds of trip-hop and drum ‘n’ bass in the era of 90s pop stars Britney and Christina. Bel’s black fingernail polish made her the target of bullies at her school in suburban Quebec City, earning her the nicknames “Emo” and “Princess of the Dead.” As an artist, she’s now reclaiming those hurtful names and owning them.

“I wanted to explore the accumulation of repressed angst that was evoked when rediscovering the pop-punk bands of my teenage years. “You’re Not Real You’re Just a Ghost” is a satirical take on the frustrations caused by a general lack of communication in relationships, referencing the blink-182, Good Charlotte, Avril Lavigne era” Bel explains.

The new single is accompanied by a JF Suavé-directed video, which explores the fun and nostalgic feel of the track, as well as its eeriness and bittersweetness. These universal emotions are translated on screen by juxtaposing sunny images of Bel roaming around empty, suburban streets and fields, with gloomy but colourful shots of her dancing and singing. Check out the video for “You’re Not Real You’re Just a Ghost” via YouTube.

Every song Bel writes is about something real – an experience or scattered thought brought to life. Her song writing process is intuitive, either starting with a musical idea from the piano or personal, inscrutable words jotted down on her phone. Not afraid to cover vastly different sonic territory with every release, Bel focuses on capturing the right feeling in that moment. For her, pop is more an aesthetic to pull from than a goal to achieve.

Plucking from a diverse array of musical styles to assemble her unique sonic bricolage, her rich soundscape is a patchwork of underground electronic music, skater punk, guitar folk, and even Quebecois hippie music. Lyrically, Bel delves into serious subjects aimed at anyone who’s ever felt alienated, but does so with an occasional self-deprecating wink and her ever present sardonic wit. With refreshing candor, she never wants the listener to get too comfortable with their surroundings. In Bel’s world, clichés are ripe for deconstructing.

“You’re Not Real You’re Just A Ghost” is available now on your favorite music streaming platform.