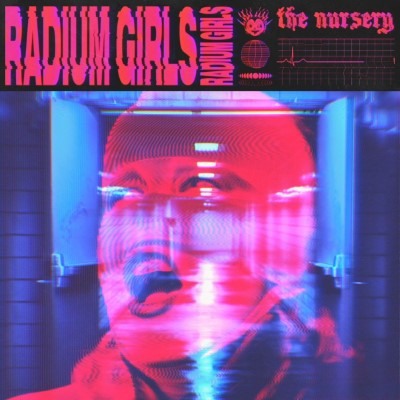 Post-punk, synth-pop trio The Nursery have released their brand new single “Radium Girls”, which is the first track from their upcoming album Candy + Gloom, due out later this year. Inspired by the documentary, Radium City, the song tells the story of women who died due to poisoning from their work.

“The story that inspired this song doesn’t feel historical to me. If anything it’s more relevant to what evil is lurking in the shadows today,” explained Pulec. “It was important to me that the song was uplifting and entertaining even though it highlights the horrific human tendencies we have. I realize those are two opposing feelings, but that juxtapositionis the signature in most of our music.”

The band has also been building a recording studio in the last two years and has either built or modified every guitar, bass, and synth used on the track. Fans can expect a harder-edged sound from the band with their upcoming album as they dive into more challenging subject matter.