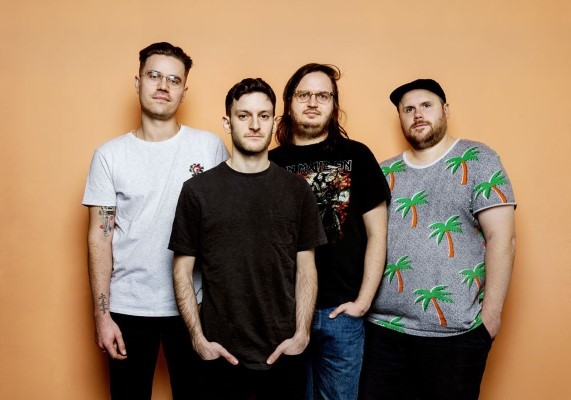 Toronto based PUP have shared a cover of one of their favorite songs today, a genius take on indie rock band Grandaddy’s timeless track “A.M. 180.”

“Grandaddy are one of the unsung hero bands of indie rock,” says PUP’s drummer Zack Mykula. “A best kept secret. I mean, forgive me for going ham, but this song is like a lily in an otherwise barren valley. An outstanding piece of songwriting, doing more with less than most any other song of the same caliber. So, that’s why we decided to cover it.”

PUP have also announced that they will be releasing PUPTHEZINE Vol. 4 titled “QUARANZINE”. The issue will include cut-out PUP figurines, a postcard, each band members’ resume, guitar tabs for “Anaphylaxis”, a pedalboard breakdown, a flexi-disc of a ska song written in quarantine (hailed as “a truly unparalleled, transcendent musical masterpiece” by PUP themselves) and much much more.

In 2019, PUP released the massive album Morbid Stuff last year to critical acclaim, earning countless year-end nods, their late-night debut on Late Night With Seth Meyers, and a largely sold-out world tour that had them on the road for a solid 9 months.