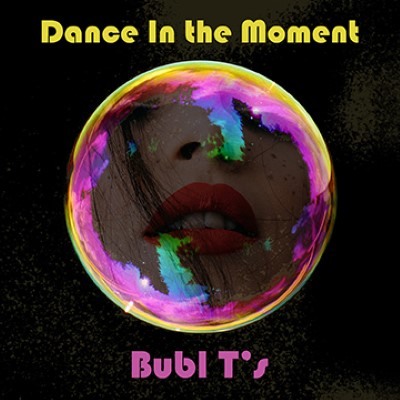 Canadian music collective, Bubl T released an EDM version of their upcoming single, “Dance In The Moment”. The pop version of the track will release later this year.

“Lyrically, the song reveals the thoughts of a young woman at a busy dance club who is only interested in dancing,” Bubl T’s say about the track. “Ultimately, she’s happy when she connects with someone to dance with for the night.

That’s all she’s really after.”

The EDM version of the single lands as a sensual and atmospheric track.

“Ruth did the EDM arrangement of this song,” the band says. “She took all the vocal melodies and chord progressions from the original, but wove them in her own way.”

Give the EDM version of “Dance In The Moment” a listen below, and find out more about Bubl T via our Five Questions With segment.

My name is Robert Bruce and I’m a composer/songwriter and keyboardist from Hamilton, Ontario.  Playing and writing since the late 70s, probably the most noticeable feature of my career to date has been the wide diversity in the kinds of music I create.  This ranges from ambient-classical and semi-classical music to music for silent films to the present focus on Bubl T’s, the new pop band/project I am writing for and producing.  Pop music being one of my earliest musical passions, it’s great now to fully explore the genre in a way that draws on all the musical eras I am drawn to and familiar with.

All of my music, even the classical music mentioned above, draws its basic musical language and source ideas from what I gathered from rock and pop music in my youth.  For that reason, a lot of people in the classical world didn’t really consider my music in that direction truly “classical”, even by the very liberal and unspecified modern standards.  I love to write in a very simple, clear, and streamlined fashion while still gaining the depth of expression I am always after.  Usually, I work a very long time on every aspect of a piece or song I am writing, trying to max out every last detail in terms of its musical effect and trying to get everything in balance.  I’ve been writing lyrics for a long time but my newer pop songs stand out to me now as particularly fun and interesting as there are so many possible directions I feel inclined to explore.  A motto of Bubl T’s is “anything pop is fair game” and I uphold that motto in terms of both music and lyrics.  Musically, 3 of the 4 singles we’ve released so far have elements ranging from the 60s to current times, and I really love drawing influences and musical tendencies from such a broad palette.

Having just started Bubl T’s in 2020, for reasons that are quite obvious, we haven’t done any live gigs yet, but are instead focussed on continuing releasing our singles for the present time.  Bubl T’s being more of a musical collective, however, I have performed with almost everyone who is presently working in the group at one time or another, in one context or another.  Even though the same people appear frequently throughout our various productions, each song, when finished and ready for production, seems to suggest to me who is best to do what…. it is always to make the song sound most natural and in character.  Some songs I barely even play on myself and some songs I play on a lot.  It all depends on what is needed and who can bring what to that particular song.  We are very much looking forward to playing live, all of us, when the time comes, when live gigs start happening again.  And in that regard, I see Bubl T’s taking on some interesting dimensions as a live act…. and those might even include models and some fashion elements.  As Bubl T’s is kind of a play on words, playing that up at our live gigs will almost certainly be a thing…. maybe even a bit of burlesque will be included sometimes….  Videos will also be a key mode of expression, I believe, for Bubl T’s.  We were just about to shoot our first official video (for the song “Strange Reaction”) the same week the pandemic shut everything down.

Our newest single “Intimacy” would be my answer to this question.  It is set for release on August 26.  The reason I select this one is that everyone involved in the production was a bit blown away by how all the sound and elements all came together.  The lead singer for this one, Alex Whorms, seemed to intuitively fall right into the mood and style with practically no direction.  Mark Shannon, who plays some instruments on it and did the final mix, also added a lot, especially with the way he presented her vocal sound on this song.  The next few singles, starting with “Intimacy”, are going in a more modern pop direction and I think “Intimacy” has a strong vibe and unique effect.  It’s also a special song for me personally..

When I hear some current music I really like, I don’t always know who the artist/band is.  As I’m generally so focussed on writing I tend to not listen to much of anything.  But having said that, I have to say honestly that the artists I personally know and work with are amazing to me in their various skills, talents, and abilities.  World-class in every respect.  I couldn’t be more sincere than that.  I know so many local artists, every age, and every instrument, who I have such great admiration for.  It seems to just never end in Canada.