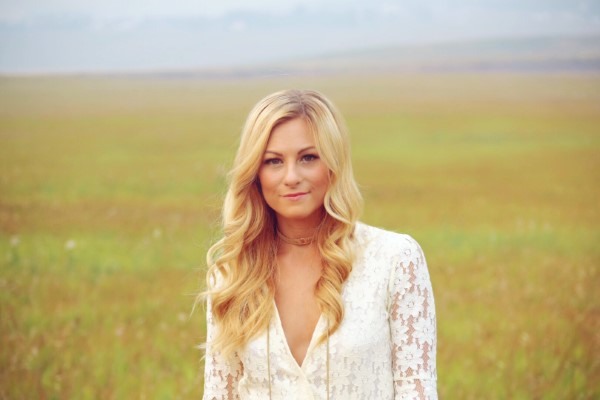 The power of the female country artist continues to grow with so many stellar new starlettes being added to our list of faves, including Calgary’s Alex Hughes. Despite shows being canceled and plans being postponed, Alex has continued to work through the first half of 2020 including on her new single, “Gentleman”. In Alex’s own words, “we all know that guy at the bar who thinks he’s too hot to handle, God’s gift to women. “Gentleman” is about calling those guys out and putting them in their place.”

From the first note of “Gentleman”, you’ve got a great classic country tone of your voice, paired with the perfect country-pop summer sound. Were there similar artists that you heard earlier on that drew you to create a similar sound or did it just develop in you naturally?

Thanks so much for saying that! That’s totally what we were going for with this song. My voice naturally falls into a more classic country sound. I grew up singing a lot of Leann Rimes and Patsy Cline and that has really influenced my vocals. I am also a huge lover of pop music and a sucker for pop-production. I think it’s so exciting that the country genre now has a little more freedom to take inspiration from this style of production. Spencer Cheyne, who produced this track and has worked on numerous pop tracks (including the platinum-certified single, Jackpot, with Jocelyn Alice) really captured the country-pop vibe that a song like this deserved.

Can we take a moment to acknowledge that you have performed alongside Kenny G?! How did that come about?

It is pretty wild and a little random for a country artist from Canada to “open” for Kenny G but I did a few years back. The story really isn’t that crazy though when you connect the dots. I was living in LA working with producer Walter Afanasieff who has produced artists like Mariah Carey and Celine Dion (so that wasn’t intimidating at all!) as well as many albums with Kenny G. I had the opportunity to perform at a party in Hollywood and it turned out that the other performer for the party was the incredible Kenny G. I also now own and currently play his 90’s Taylor guitar but that’s a whole other story.

What would you say was the hardest thing about moving from your hometown of Calgary to Nashville? What made you want to return to Canada?

So, I actually didn’t live in Nashville but have been lucky to have spent a few weeks there at a time on multiple occasions throughout the years. When I moved to the U.S., I was actually living and pursuing my musical career in Los Angeles, it was an amazing experience. I got to perform at a ton of cool events – not all of which featured Kenny G; I even got to play at the legendary House of Blues. Ultimately, I decided that LA wasn’t the place for an aspiring Country music singer and Nashville probably would’ve been a better fit. I wouldn’t change my LA experience for anything though. It shaped who I am now as an artist. I grew some thick skin in LA too and that’s a must-have as an artist. This isn’t an easy industry to be in no matter where you’re located.

You were recently included in a gorgeous collaboration of Joni Mitchell’s “Both Sides Now” in support of Community Food Centres Canada. How did that opportunity come about?

I can’t take any credit for the idea. Dan Clapson (a huge supporter of music in Canada with the songwriter rounds the Blue Jay Sessions, as well as a blogger and food writer for the Globe & Mail,) approached myself and the other 15 artists on the track and proposed this incredible collaboration. We all recorded our parts at home and sent them to producer, Ethan Burke, to bring together. Everyone was ecstatic to be part of such a unique project! Having the chance to hopefully bring a little joy to listeners during a global pandemic isn’t something you think (or hope) you’ll ever get the chance to do.

That’s a very good question! Most of my shows have been canceled and it’s almost impossible to make plans for the future right now. I have another single in the works that I’m hoping to release before the end of 2020; I’m excited to start working on a plan for that. I’m also hoping to finalize more songs and continue to work towards a full EP with a late 2021 release. I’ve been using this forced break in life to get back to being creative. I’m writing a lot and even taught myself how to record and some basic production skills – I’m really looking forward to continue working on that.