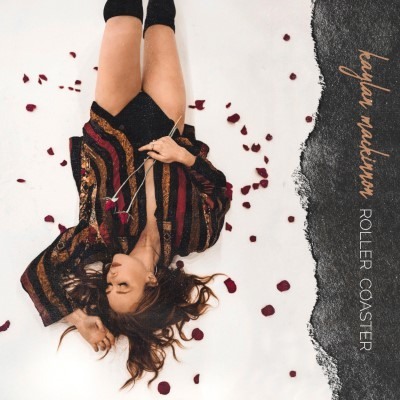 Originally from Toronto, now based in Vancouver, Kaylan Mackinnon is no stranger to the music scene. She first gained attention when, at 10, she was nominated for a Toronto International Music Award for Best Young Songwriter by a panel of judges (including Juno-nominated singer-songwriter Jully Black), for her original song “Remember Me”.

Now, she has released her new single, “Roller Coaster”, and is gearing up to release a brand new album before the end of the year!

Check out “Roller Coaster” below and find out more about Kaylan via our Five Questions With segment.

Absolutely! I’m Kaylan Mackinnon – a red-headed songstress from Toronto, Canada. I moved out west to Vancouver just after high school, where I attended the University of British Columbia and achieved my Bachelor of Arts Degree in Creative Writing and Humanities. Throughout school, I continued to pursue my passion for music, songwriting and acting.

Since I was little, I have always loved the guitar. So, whenever I write songs, I pick up my guitar and begin strumming away, and then the rest usually just flows. There are a few ways in which I write my songs. Sometimes I will be listening to music while I’m on a run and a whole chorus or verse idea will pop into my head and then I’ll record it as a voice note onto my phone. Other times, I’ll be reminiscing about my day or week, late into the evening, which then inspires my writing and melody ideas. I try to be as honest as possible when I’m writing my songs. I love writing about deep emotional experiences and I really aim to write songs in a way that can help put a voice to the emotions being shared so the listener can relate too.

With the rapidly evolving COVID-19 situation going on, I do not have any upcoming shows scheduled at this moment in time. I am eager and hopeful to perform and connect with everyone in person again soon. For those who have yet to see me perform live, well I can’t wait until you do! I’m always dancing around with an abundance of energy, grinning from cheek to cheek whenever I have a microphone and an audience placed in front of me. I am my happiest when I’m performing on stage.

Hmm, that’s a tough one. I would probably have to say “Run” and the reason for that is because it’s my Grandma’s favourite song. She believed in this song from day one and said it would be successful and she was right! Listen to your grandparent’s, they usually know what they’re talking about ha-ha. I wrote this song with my dear friend and music producer Winston Hauschild and it was originally more of a country-acoustic sort of tune. I wrote this song after I went through some heartbreak and it was a therapeutic way of expressing everything I was feeling at that time I’ve been very fortunate to have had “Run” featured in The Miracle Season (Helen Hunt), The Perfect Bride (Hallmark), Mighty Oak (Paramount Pictures) and the upcoming film Cats & Dogs 3 (Warner Bros), which is set to be released in theatres later this year. Never could I have imagined it would be featured in all of these incredible major motion pictures. I’m very grateful!

When I first started out in music, Avril Lavigne was one of my biggest inspirations. She’s such an incredible artist and is hands down still one of my favourite artists of all time. Some of my other Canadian favourites are Shania Twain, Justin Bieber, The Weeknd, Shawn Mendes, Bryan Adams and good ol’ Michael Bublé.