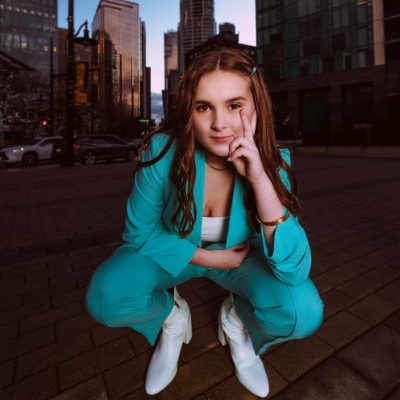 Vancouver, BC-based pop artist, Victoria Anthony has unveiled her single, “Sleep” from her forthcoming debut album, along with a music video to accompany the release.

You can really feel Victoria’s energy throughout this video and understand why the meaning of the song is not about sleep at all, but rather about not wanting to sleep.

“It is about living in the moment and just being so engaged with life in general, that you do not want to stop, even for something as vital as sleep” she explained. “I see the song as an accurate metaphor for life.”

Finding herself right in the middle of the COVID lockdown with no music video productions in sight, Victoria pivoted quickly and developed a concept for an animated music video using green-screen footage of herself as the lead character which could be shot at home.

She researched companies which had produced some of her favourite animated music videos and ended up approaching St8ment, a company out of Nashville who had created Taylor Swift’s “The Man” animated video. They were able to bring Victoria’s ideas to life and created the most amazing animated dream world for “Sleep”. Victoria shot over 150 different clips and scenes on green-screen which were then used to make the animated video you see below.

Check out the video for “Sleep” and stay up to date with Victoria via her socials.