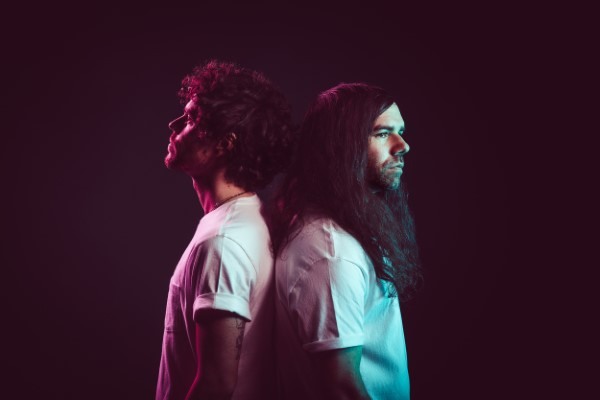 “This cover was an idea that popped into our head at a time where both of us were experiencing the end of a very significant era in our lives. Separately, we went through a fair share of trials and tribulations, but we were both able to come out stronger at the other end of it. To feel like you’re still standing, better than you ever did, was a sentiment we felt very strongly about at the time so it was an easy choice. It’s also such an amazing song by one of greatest to ever do it. Why not pay tribute in our own way to the Rocket Man himself?”

Kadeema’s cover is an intense reimagining of the song, which replaces the Rocket Man’s light pop with a rocking intensity and defiance while keeping a sense of humor to itself. An anthem for all us ‘still standing.’

The duo consists of songwriters Jimmy Chauveau (vocals) and Tal Vaisman (guitar/vocals). The duo began collaborating together in their former band, Ascot Royals, choosing to continue their creative partnership in the wake of the group’s dissolution. Kadeema is the name from Vaisman’s hometown, which translates to ‘forward’ in Hebrew. After adopting this name, the duo also embraced its meaning.

They have a body of work that doesn’t shy away from their experiences of personal and professional imprisonment, yet it crucially harnesses the ability to rebuild and live honestly through life’s challenges.