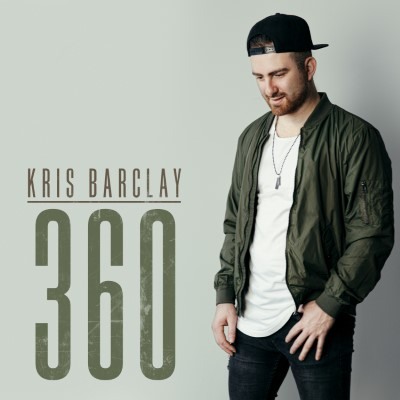 Ontario-based rising country star, Kris Barclay has released his new single, “360”, which has been called a rip-roaring banger to uplift the spirits in these times.

Check out the new single below and find out more about Kris via our Five Questions With segment.

My name is Kris Barclay, I’m from Ajax, Ontario. I was a hockey player throughout my whole life, playing Jr. A and University hockey, before starting in the music business when I was 20. Throughout my songwriting and performance career, I’ve had a chance to open for many amazing artists including Brett Kissel and The Washboard Union among many others, as well as co-writing “Livin The Dream” which ended up on the James Barker Band’s debut album. In 2018, I had the opportunity to be a part of the Boots and Hearts Emerging Artist Showcase and went on to become the first wildcard fan vote to win the showcase. From there I released my debut single “Loved You Like That”, which garnered over 1,000,000 streams in the first year and really changed the scope of my career. Most recently, we’ve just released my follow up single “360”, which we are really excited about and can’t wait to see where it takes us. Away from music, I continue to train hockey players, and I have partnered with Wounded Warriors Canada and have launched my first event to support Veterans and PTSD awareness, called Kris Barclay’s Rucksack March for Remembrance.

Growing up, I was exposed to several different genres of music and fell in love with Country Music in my early teens. I like to try to find ways to incorporate all the different styles I like into my music. I listen to a lot of music and I try to find new things that inspire me. When I write songs I want to feel something, whether it’s the emotion of a story or the energy of the party. Most importantly, I write songs that I hope will translate well live, and songs that I feel that Country Music fans will enjoy. I feel that if we love the song while writing it, we hope that people will enjoy listening to it.

Based on the current conditions, unfortunately, our touring schedule is not what it usually is. However, we’re working on a few drive-in shows, and booking several private parties respecting social distancing, while still trying to bring live music and entertainment to Country Music fans. If we can all do our part, I hope we can get back to playing full show schedules again soon!

Our show is engaging. Our job as entertainers is to capture the attention of our audience and take them away from real life for the short time that we are on stage. We have songs that start a party, and songs that tell stories. At the end of the day the fans show up for us, so we show up for the fans. When I first started playing music, it was for all my friends at a local pub in my hometown, so now, no matter where I play or how big the stage or the crowd is, I’m still playing for my friends and all I want is for them to have a good time!

Since this is only my second single release, that makes the decision a little easier. However, there are a whole lot of other songs we’re currently taking to the studio and can’t wait to share. I think out of the two I’ve released, I’d want people to check out the new one, “360”. It’s such an energetic and uplifting song, and the positive messaging especially the notion that there is more to the person in the song than just looks, as well as how much fun it is, is something I’m really proud of and I think a lot of people will enjoy and relate to.

I’ve had to opportunity to be invited to sing on stage with Brett Kissel after opening for him, as well as Tebey, and since becoming friends with them, it’s been a pleasure to support them and watch their careers continue to grow. Also, my buddies in the James Barker Band are always great and always fun to be around, the local girl, Meghan Patrick is super inspiring with both her songwriting and her live performance. And last, Dallas Smith both in his artistic career and also what he’s done off stage with his brand to help upcoming artists develop as well is so inspiring.