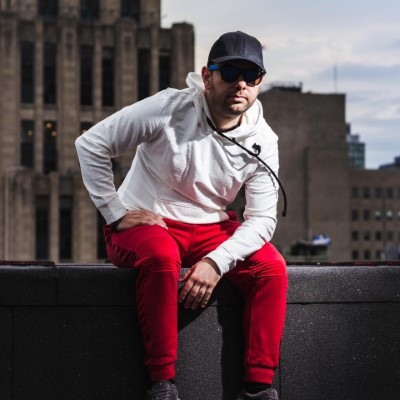 Brazil-born, Canada-based artist, Cesar Rezer has released his album, Tudo Vai Ficar Bem – Chill Out Sessions, which translates to “Everything Will Be Alright”. The album was produced during the pandemic with the goal to reduce stress, tension, and anxiety. The smooth beats and soothing visuals are relaxing and are the perfect soundtrack for meditation. This album takes you on an adventure where you experience a melodic mixture of popular and traditional songs from the last century. Having been inspired by the various cultures of the world, the album is musical therapy and each track represents each colour of the rainbow. This isn’t just an album, it’s a symbol of hope which spreads positivity in a world that could use it during these more difficult times.

The album was produced by a Brazilian DJ and producer, Allexis from Universal Music Brazil. Furthermore, the album and visual content are used by major Brazilian General Hospitals in the city of Goiania (Alberto Rassi Hospital – HGG) as musical therapy.

Check out the album below, and find out more about Cesar Rezer via our Five Questions With segment.

Hi everyone, I am Cesar Rezer, born and raised in the city of São Paulo, in Brazil. I am living in Canada for more than 10 years, and since 2013 I have started my music career. I have been traveling to many places to perform, such as Europe, many places in Canada, US, and I love it. I am also a singer for the Montreal based percussion group Terrato, and all this keeps me busy doing what I am passionate about, which is music.

Well, I love the fact that we are more and more developing our societies to a globalized culture, and I see the music as a great instrument and as a great contributor in a way that we can share with each other. So my music is basically Urban POP, where I am always looking for a fusion of rhythms, genres, and styles.  Also, in regards to writing, because here in Canada I have developed three new spoken languages, I love to write multilingual songs. So I really think this is the future of music.

Well, because of this pandemic situation we are living, it’s been a tough year for everyone. So for this year, there are no shows, but I am adapting to the digital formats being widely used now. I have just launched an instrumental album called ‘’Tudo Vai Ficar Bem (Chill Out Sessions)’’, which is a visual project, and I’ll be releasing weekly the music video for every track on this album. Also, despite presenting myself as a singer and songwriter, I am also a Designer with a Bachelor’s Degree from Concordia University. So this quarantine time is actually helping me to explore those skills to create and manage this music project to help people to meditate and relax. Whenever we get back to what we are used to, we will be for sure performing live shows again, and I’ll be excited to bring the multicultural experience I always bring on stage and with Terrato group as well.

My music and the songs I released with Terrato group are available in all the digital music platforms, and if someone likes Urban POP or the Brazilian Carnival Vibes, I definitely encourage you to check it out. However, at this time I would really encourage people to go and listen to the ‘’Tudo Vai Ficar Bem (Chill Out Sessions)’’ album, and forward it to a friend passing through a tough time. That’s my goal with music for this year, to use it as an instrument to help people and provide them opportunities for developing mental health. There’s a famous quote from an American philosopher I used on this project release, which says: “Music can heal the wounds which medicine cannot touch.”

Yes! I love Canadian music, and Canadian singers are very popular in the mainstream radios and media around Brazil, so I grow up listening to Canadian music as well, and it’s really hard to choose only one. But, I would say I am very inspired and a big fan of Karl Wolf’s music, I love the culture fusion he delivers. I also love Simple Plan for my nostalgic moments with family and friends. And Drake, because he posted a picture wearing my Brazilian soccer team jersey (Corinthians) on his Instagram feed during his trip to perform in Brazil and for his collaboration with Brazilian Mc Kevin O Chris, where you can hear Drake singing in Portuguese!  That was awesome!  In fact, I have curated a Spotify Brazilian-Canadian music playlist, and all my favorites ones are there, anyone can go and check it out.