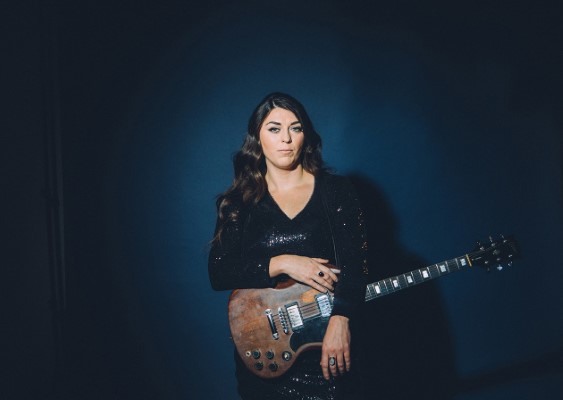 After nearly three years since the release of her critically acclaimed album New Mistakes, the soulful rocker Terra Lightfoot shares the first new single and video for “Paper Thin Walls” coming off the upcoming new album Consider the Speed. Alongside the single, Lightfoot has released a lyric video in correspondence with the new song. It was directed by Mat Dunlap and featuring live footage from one of her tours, New Mistakes tour. If the single’s loping riff and easy groove suggest the makings of a summer anthem, it delivers a stinging lyric for all seasons.

“I wrote this song about overhearing someone you love sharing some harsh words,” says Lightfoot. “I’ve tried to modulate my reactions to things like that, strived to be calmer in my interactions even when I feel strongly. ‘Paper Thin Walls’ is about having your heart run over by someone who never really comes through.”

Strong, sure-footed, and soulful, Lightfoot’s new album Consider the Speed sees the artist finding new roots on the road, and at home in her own skin more than ever before. On this Memphis-recorded session, the acclaimed singer-songwriter-guitarist is in top form, backed by seasoned session ringers and captured by Grammy-winning producer Newland and Grammy-winning engineer Mitchell. Pre-order the new album Consider the Speed HERE.