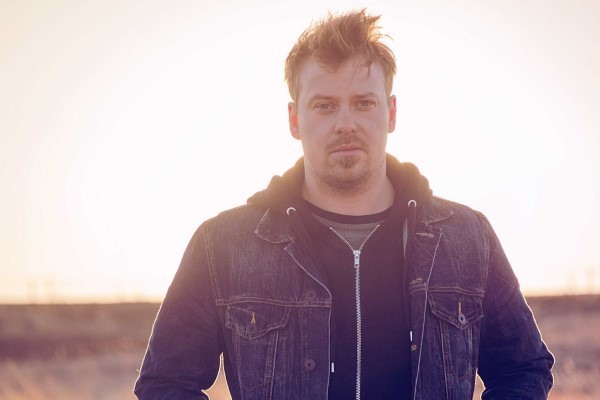 Saskatchewan-based country artist, Alex Runions has released his new single, “Take It Out On Me”, which explores the push and pull dynamics of a fiery relationship. The single was written in Nashville by John Ozier, John King, and Brad Tursi, and Alex also worked with Canadian Country Music Association award-winning producer, Bart McKay on it!

Check out the unplugged version of “Take It Out On Me” below, and find out more about Alex via our Five Questions With segment.

I’m Alex Runions. I grew up in a small town in Southeastern Saskatchewan called Kipling. I spent a number of years in Regina where I continued to pursue music and obtain a University degree, majoring in Finance.

After University, I bought a house and really worked at my writing craft and developing a great live show with some of the best musicians in Saskatchewan. My new song “Take It Out On Me”, which was produced by Bart McKay, is currently out on Canadian country radio.

On a more personal level, I spend a lot of time with my fiancé, Erin Hill, who is also a singer-songwriter, and our two dogs. We go on lots of hikes and spend time in our backyard working on the garden.

I grew up listening to ‘90s country, which is a big influence to this day. My favourite artist is Vince Gill – I’ve always been drawn to his ballads. With Vince Gill and most artists I listen to, I go straight to the ballads.

My style has evolved over the years and I find that I focus on strong and unique melodies. There is definitely some pop influence in my melodies, but I try to focus on just writing a good song with a meaning that someone can relate to. Sometimes the song starts out as an idea to work around, or it might be a nice riff that started on the guitar. It’s a fluid process.

Because of the pandemic, shows have been very limited. Most of my appearances have been online, like my release show for “Take It Out On Me”.

With the full-band show; we like to have fun, and crowds respond to that. We put on a high energy show and mix both originals and covers (depending on the type of performance). I have the mindset that we, as a band, are responsible for entertaining, connecting and creating memories for the audience. The show is set up in such a way to create a flow and a direction to follow that mindset.

“Take It Out On Me” because it’s a change from most country radio songs by male artists because the female in the story is taking the lead all the way through!

The list goes on and on, it’s really hard to nail down my favourites. These would be some of my top favs though.

Share this:
Related ItemsAlex RunionsInterviewNovaCurrent Public RelationsSask MusicSaskatchewanTake It Out On Me
← Previous Story Five Questions With Moore Ave Underground
Next Story → PREMIERE – The Barrel Boys release new single, “Mainline To The Heart”