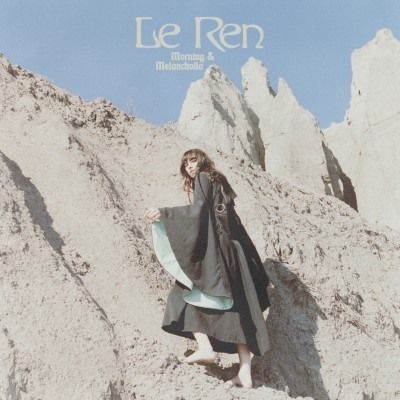 Montreal-based musician Le Ren (a moniker for 26-year-old Lauren Spear) shares the latest single and accompanying video for “The Day I Lose My Mind”. This track is from the release of her debut EP, Morning and Melancholia, on July 31 via Royal Mountain Records/Secretly Canadian.

“The Day I Lose My Mind”, written by Dallas Frazier, is described as a track that “reckons with fading memories of a loved one. It strolls with guitar, woozy pedal steel, and Spear’s assured voice.” The accompanying video is “composed of miniatures that are instep with Spear’s colorful and playful aesthetic.” According to Spear, “Director Zoe Robertson kindly arranged a meeting with Sssally (the snake) and after many stories, drinks, hisses, and haws we discovered we had a lot in common.”  Robertson added, “It was a no brainer to cast her as the lead in this video and have Zoe capture a day in her life. Though her apartment is physically small, her heart and story are as big as can be.”  Shot using an iPhone 11, the video for ‘The Day I Lose My Mind’  “is a reflection on loss, and how grief distorts time and memory.”

The release “The Day I Lose My Mind” lined up perfectly with the release of Le Ren’s debut EP, Morning and Melancholia. This EP is described as “a mediation on mourning, memory, and how to live with the ellipses you’re forever left within the wake of loss. It follows the death of Spear’s ex-boyfriend two years ago when he was killed in a car accident. Since then, she has been struggling with the weight of being the sole keeper of their shared memories and in response, translated a sliver of that experience into music.“ Le Ren previously released two other tracks from her debut EP; ‘Love Can’t Be The Only Reason to Stay’ and ‘If I Had Wings’.

Le Ren’s music is described as “gut wrenching, but sure-footed. And you can almost hear the slight smile on one side of her mouth as she sings, the knowing smile of someone who knows real pain, knows there’s surely more to come, but who also knows it doesn’t erase life’s humorous, enduring beauty.” With a description like that, you definitely need to check out her debut EP.