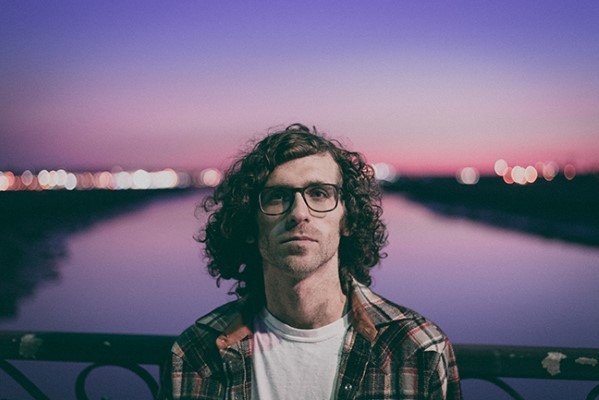 Moncton, NB-based folk-rock singer-songwriter, Ryan Hillier has released a video for his single, “Winding Road” from his latest solo album release, No Excuses.

Ryan states that the story of his third album is one nothing short of tenacity:

“It’s a blues song without being a blues song,” he offers as an early overview. “The message is that life sucks and that it can get better — you just have to keep going.

This is a record of my evolving feelings during a very uncertain time in my life,” Hillier continues. “Sparked from the idea of making ‘one more album’ while I was temporarily homeless and living in a band tour bus in my friends driveway after leaving an abusive relationship, I needed something to anchor me and to help me process the last several years.”

“The making of the record was an incredibly enlightening time for me, as I got to work with a long-time hero of mine,” he says of award-winning and fellow Moncton-based blues-rocker and producer, Chris Colepaugh (and the Cosmic Crew). “Chris and I clicked immediately and it was great fun getting to explore these songs’ potential with him.

I wanted to provide a deep and honest look at, not only myself, but my subject matter, and I took great pains to craft the lyrics so that they would be rich in imagery,” he continues. “If I had to describe this album, or this process of creating it, I would say it’s very much an evolutionary piece. Nearly every aspect of my life saw a great shift over the course of making this record and I emerged out the other side of it with completely new eyes.

A bit bruised,” he adds, “but intact and with renewed sense of purpose.”

The single, “Winding Road” sets the tone of an acid trip gone awry as Hillier expounds on the fallacies confronting artists in the music industry. Check it out below, and find out more about Ryan via our Five Questions With segment.

Ahoy-hoy, my name is Ryan Hillier and I’m a 36-year-old musician/singer-songwriter from Moncton, New Brunswick. I also work part-time as a line cook at one of the busiest vegetarian restaurants in the city. I love both of my jobs.

My work has firm roots in folk music, but it definitely takes some twists and turns and brings some unconventional elements into the fold. Many of the songs on the latest album have no repeated chorus lines, but rather simply progress in a linear fashion with more focus on the narrative. The melodies are repeated, but the lyrics have variations that lend further detail to the story. I’m always trying to play with the structure of things, to push it into more emotive forms; I’m inspired by a lot of classical music in this regard.

I’m starting a Livestream series from my home tonight actually – I’ll be going live to perform and talk about my songs every Monday at 8 pm AST for the next little while. Starting with the new record and working through some older material and perhaps a few songs by others that have inspired me. I like to think my shows are quite reflective, it’s not very bombastic in any way but much more of something you can quietly absorb; I just try to create a bit of a shared experience that I also happen to be participating in. I’m not very interested in really forceful performance styles. Rather just a casual thing that you can check into and hopefully enjoy.

I think ‘Falling Into’ is a pretty good introduction to myself and the music. It exists in the sonic space that is most inviting and I think it’s quite relatable to an uninitiated listener.

There are lots of favs from this region specifically – Sadie Donahue from Saint John is a brilliant writer whose work I really like, a band from Fredericton called Kill Chicago recently put out a super solid rock record, Nebullama from Moncton is an awesome funk band with a powerhouse singer, Jeremy Dutcher is a stellar operatic tenor from Tobique First Nation whose work is absolutely breathtaking, Les Hay Babies are a folk-rock trio who just made a really cool retropop concept album I love. There is a staggering amount of talent here in New Brunswick.