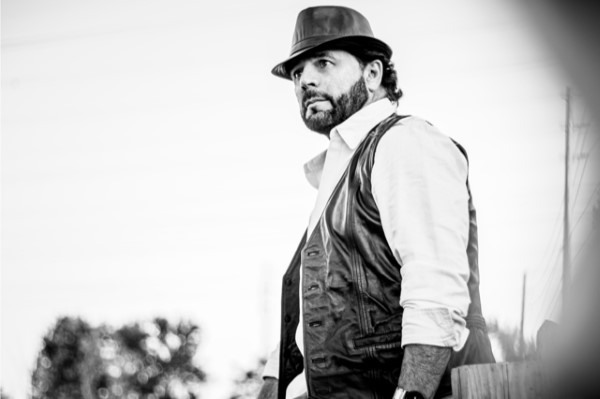 Award-winning Canadian singer-songwriter, Michael Vincent Quattro is no stranger to the music scene, being around since the ’90s with such chart-topping hits as “Fallen For Your Love”. Now, he has released his new single, “Save Our World”.

It’s this storied career and life-library of experiences that had the multi-talented artist consider the world’s current situation as a whole.

“One evening as I sat at the piano to write for my new album, I started pondering the impact of the global pandemic and the effect it’s understandably having on people of any status and background,” Michael Vincent says. “I became very emotional as I began to put my thoughts together.”

A compassionate creative, Michael Vincent’s newest song amplifies his intentions to inspire and connect the community, especially through troubling times.

“I think connecting spiritually is first and foremost the answer to getting through this time in our lives,” he considers. “It is the foundation of working together along with worldwide cooperative measures to overcome this unprecedented challenge.

“As I said in the song, ‘the life we all knew will be forever changed, but with faith and new heroes hope is unchanged.”

Check out “Save Our Wolrd” below, and find out more about Michael Vincent Quattro via our Five Questions With segment.

My name is Michael Vincent Quattro.  I am a piano-playing singer/songwriter based in Toronto.  I began my musical journey when I started taking accordion lessons with the persuasion of my parents.  I then bought a double-manual keyboard  (organ/piano) and joined a neighbourhood rock band.  The band enjoyed performing at many of the high schools in Toronto and bars such as Gasworks and we eventually made our way to arena concerts in Barrie, Ontario.  Subsequently, an upright acoustic piano was brought home.  This is when I started composing my own songs.  After recording demos for many years I finally released my single “Fallen For Your Love!”.  It was well received and rose to the top 10 RPM Adult Contemporary Chart, peaking at number 8 four consecutive weeks.

However personal setbacks (the terminal illness of my beloved mother, sister and father all of who succumbed to cancer), led me to detour from my chosen path.  During these times of loss, I was inspired to write songs pertaining to the personal tragedies I had experienced.  Most recently “Up to Heaven” was written only days before the passing of my father, which was dedicated to him.  I was then committed to getting back into the studio.  I started working again with my longtime producer Eddie Bullen, who produced my song, “Senza Te” (Without You) that enabled me to win a Voce D’Oro (Golden Voice) award at the Song Festival in Toronto and Hamilton, Ontario.

I then returned to the airways December 2018 with my song ” A Christmas Gift of Love”.  I recorded the song at Thunder Dome Sounds Studio in Markham, Ontario.  The track has received a lot of airplay across Canada and exposure on YouTube.  Due to the Christmas song’s popularity, I was able to donate proceeds to charities such as Children’s Aid Foundation of Canada, Million Dollar Smiles and The Safehaven Project for Community Living.  I also dedicated time visiting children in need of our support through the various charities close to my heart.

I have been in the process of recording an album.  Then because of the world pandemic which we are still experiencing and the existing racial issues, I decided to contribute an offering of hope and prayer with one of my latest compositions “Save Our  World”.

Over the years my music and writing style has changed and evolved into a mix of my earlier sounds to my latest of styles.  I began by writing progressive rock classical.  Then there was a period of time where I was specializing in adult contemporary love ballads.  Most recently, as exhibited in the making of my album, I’ve attained a sound partly influenced by vintage rock with some progressive changes and contemporary pop compositions.

Understandably because of COVID there are no scheduled performances at this moment.

My live performances are soulful and passionate and inspire audience participation.  Throughout a show, I try to connect with people by singing up front on stage and from time to time I perform vocally and play the piano together.

At this time a song of mine that I would strongly suggest someone listen to is “Save Our World” which is currently released and available on YouTube.  I feel that this is a song truly for the times that inspires people to work together for a much safer and better world.  The message in this song has the potential to reach out to many people in an uplifting way.  It is also a reminder that the most important way to “Save Our World” is to be as one, and although “the life we all knew is forever changed, with faith and new heroes hope is unchanged”.  The song has a universal message for today and our tomorrows in that “no one knows what the future holds from now on” but unity and love is the answer.

Some of my current favourite Canadian artists are the following.  The Weekend and one of my favourite songs of his is “I Can’t Feel My Face When I’m With You”.  Alessia Cara with a few songs, in particular, “Stay”, “How Far I’ll Go” and “Scars To Your Beautiful”.  Another artist would be Magic and I enjoyed the song “Rude” very much.  A couple more emerging Canadian artists that are amongst my favourites is Mackenzie Porter with songs such as “About You”, “These Days”, ” I Wish I’d Known”.  Artist JP Saxe is also a talent and I enjoyed the song titled “If the World Was Ending”.