Home / Promos / The Washboard Union’s music video for “Dock Rock” debuted on July 30. Are you in it?

The Washboard Union’s music video for “Dock Rock” debuted on July 30. Are you in it? 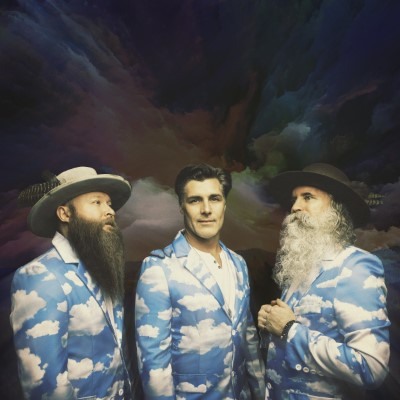 Were you one of many fans that submitted a photo or video from some of your favourite summer moments to The Washboard Union for the making of the “Dock Rock” video? Well, your chance is here to see if your submission made it into it. The band feels that “this video is the final result of what makes Summertime great for you. Find yourself?”

Back in June, faced with the challenge of how to create a video with the world as it is, The Washboard Union decided to reach out to fans, via social media, inviting them to be a part of their “Dock Rock” fan music video. This tune is the second and latest single from the acclaimed third studio album Everbound. All the fans had to do was send the band videos and photos of themselves, their friends and family (and even their pets) doing what they love to do in summer. What a huge success that turned out to be because they received hundreds upon hundreds of videos and photos, with submissions coming in from Vancouver to Italy and all points in between. One Washboard Union fan that also happens to be another Canadian country music superstar, Brett Kissel, sent in a submission and made the cut. Did you?

What the JUNO Award-winning band said in a joint statement said about this creative idea,

“One of the tough things about the last few months is how much we’re all missing our friends. Good times with friends is exactly what our brand new single “Dock Rock” is all about so we figured the video should have all of our friends in it.”

Once they received all publicly supported submissions, The Washboard Union and their team went to work on creating this brilliant fan-inspired video. “Dock Rock” is “all about summer and great times with friends,” according to lead singer Aaron Grain and the band certainly received plenty of footage to work with. The video featuring throngs of fans and friends (and some familiar faces) is the ultimate cool and super fun video for Summer 2020. And, check out the Summer attire worn by the trio.

On a side note, the two-year reigning CCMA Group of the Year are once again nominated in that category at the 2020 Awards, as well as in the Roots Album of the Year and Video of the Year categories. Canadian Beats sends out congrats on these nominations!