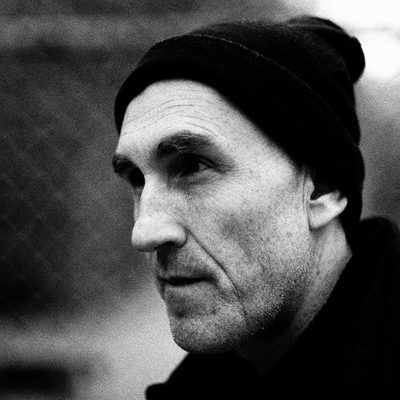 “I looked at the songs I’d written for Green Reflections and realized there were a lot of references to green things and to nature,” Sloan notes of arriving at the point of naming the album. “Markham was on the edge of the countryside; that was the backdrop for my youth, which was full of awkwardness, new friendships, unrequited love, and confusion. I realized it’s a point of reference for where I am today in my life and in my relationships.

I made the video for “Green Summer” using footage from the 1963 film One Got Fat: Bicycle Safety, which is now in the public domain,” he continues. “It’s a funny and somewhat creepy video with kids riding bikes and wearing monkey masks. I love the vintage quality of the film, and it seems to have a green hue, which goes nicely with the name of the song.”

The song itself is about being young, reckless, and confused,” he continues. “It is also about hanging out in forests and drinking beer.

It includes a lot of specific imagery from my adolescence: a cast on my leg when I broke my ankle, the waterfall and graffiti of Milne Damn, and a white horse in the moonlight.

I tried to capture the moments and feelings from that time.”

Check out the video for “Green Summer” below and find out more about Trevor via our Five Questions With segment.

Care to introduce yourself to our readers?
My name is Trevor Sloan. I’m a singer-songwriter and multi-instrumentalist from Toronto. Green Reflections is the third album under my own name but I’ve been writing and recording music for over ten years, previously releasing six LPs under the name Phono d’enfant.

I guess it can be described as psych-folk. I’m definitely inspired by singer-songwriters of the ’60s and ’70s but it is also important to me that my music sounds of its own time. My goal is to write music that is good, interesting, and timeless. I think my music has a cinematic quality and it has been described as “slyly intricate with ethereal touches.” I use a lot of acoustic instruments but I also have some vintage synths that I like to use. I studied English Literature at University so lyrics are important to me. I try to make the words good enough to read on their own without music, as if they were being read as subtitles in a foreign film.

I do not have any live shows coming up. I used to do live shows but to be honest I have a lot of anxiety about performing so I have not done them in the last little while.

I would say “Green Summer” from my new album Green Reflections or ‘Faces I Love” from my last album Cicada Songs.

The first one that comes to mind is Jon McKiel. I really love his latest album Bobby Joe Hope; it is a wonderful mix of warms sounds, lovely melodies and experimentation.

Here are some other recent discoveries I’ve been enjoying:
Loving – If I Am Only My Thoughts
Floor Cry – Next Best Thing (feat. Vansire)
Sing Leaf – Forever Green
Andre Ethier – Under Grape Leaves