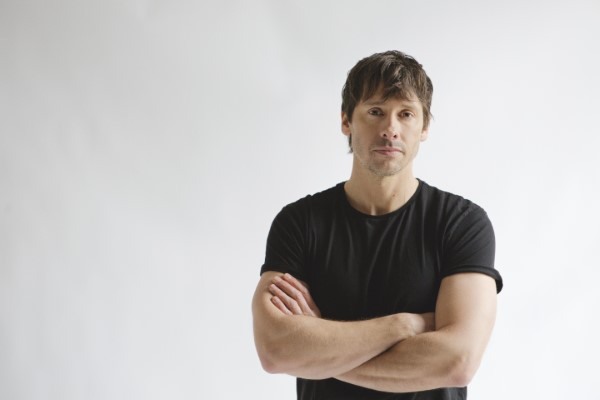 Back in May, Marshall (formerly of Walk Off The Earth) released a brand new single, “This Is It”, which was accompanied by an awesome video. On top of this, he currently has “Marshall Monday’s IG Live Segment” every week with special guests & performances, which has been well received.

Check out the video for “This Is It” below and find out more about Marshall via our Five Questions With segment.

Hey, I’m Marshall…well, that’s what everyone calls me at least. Marshall is my last name, but it’s been my first name since basically grade 3, so let’s go with that.

My music is always evolving, but in the end, it has always had a very anthemic feeling too it with and ALT edge. Fun fact, I didn’t learn guitar until I was in university (it was a good reason to skip class) and I fell in love…but I could never figure out where I was in the song so I had to start singing along…that lead me to writing my own songs, and here we are.

Well, live these days is a fair bit different but hopefully short-lived. After the pandemic hit I started a variety show every Monday called Marshall Mondays which is kind of a mock on a late-night TV show except I’m the host, and the musical act, and sometimes even the guest LOL. It’s fun and allows me to stay engaged with the fans. Now if we’re talking a REAL live show…well, I’ve only ever played two as Marshall and I’m itching at the bit to play more. I have a full female support band with Jess Bowen on drums and Lisa Jacobs on Bass and Keys, and they’re the most badass band around!

If I could only suggest one song it would be THIS IS IT. Cuz that’s it 😉

Favorite Canadian bands…and I’m really trying not to leave anyone out…Jocelyn Alice, Scott Helman, Valley, USS, Barenaked Ladies (because of speakers corner), Matt Good, The hip, Great Big Sea…Jesus, I could go on forever…Tom Cochrane!!!…k I’ll stop and accept that I missed a bunch…oh, you said current LOL…I’m leaving my answer as is 🙂