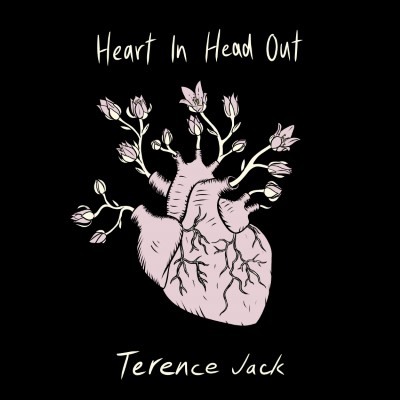 British Columbia’s own Terence Jack has released a brand new single, “Heart In Head Out” from his upcoming album, BLOOM. BLOOM is the follow-up to 2016’s Never Get Back.

“Heart In Head Out” was written and produced by producer and fellow Vancouverite, Daniel Klenner, who has worked with people such as Dear Rouge, Dan Mangan, and Hey Ocean.

“It is a perfect antidote to the never-ending dread that has seized many of us during these trying times. My song was crafted in both Vancouver, Canada, and Los Angeles before the world, as we knew it, shut down. This triumphant, infectious tune evokes breaking free from fear and doubt and emerging energized while embracing the road ahead.”

Check out “Heart In Head Out” below and find out more about Terence Jack via our Five Questions With segment.

My music is indie rock with some 80’s synth flavours.

As far as writing goes, writing melodies comes the easiest for me so I tend to focus on that first. Hooks and melody are second nature while lyrics are what takes me the most work.

I’m going to be doing a Livestream on August 19th at 6 PM PST so follow me on my socials to join! I’ve changed up my plan quite a lot due to a number of things so I’ve been working on being able to play this wider soundscape song in a solo setup. This basically means I’m sort of surrounded by gear and instruments and painting the songs. I used to tour mostly as a 5-piece and now just given where music is currently, this isn’t so possible and it’s just so much easier to travel solo logistically. I’ll still do the 5-piece thing when it’s called for, but exploring this solo setup for now.

“Heart In Head Out” would be what I suggest as it just came out July 10th. I’m really excited about this one as it’s uplifting which is a change from a lot of songs that I’ve put out in the past that are a bit more emotional.

There’s so much great music coming out of Canada!  I really like Chad VanGaalen (Infiniheart, Soft Airplane,  Skelliconnection), Bahamas (Bahamas is Afie, Barchords) and Andy Shauf (The Party).