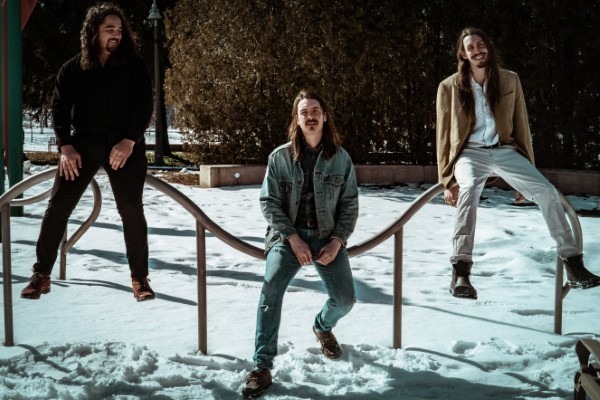 London, ON-based rock trio, Basic White have release their brand new single, “Brigade”, a powerful anthem about the importance of building a support system around yourself to help reach your dreams and get through the hard times. “Brigade” is the second and final single from their album, The Second Half.

“The music video for Brigade was shot at a big mansion on the outskirts of London, so it’s a real visual treat. The song and the video are somewhat purposely a big contrast to each other. The song is about starting the band, whereas the video is more about a toxic relationship where you’re at war with each other,” founder/ guitarist/ songwriter,  Riley White said.

“I had the idea for Brigade way back, and it’s pretty much about the early days and starting the band, starting your own team where you don’t have to rely on anybody else kind of deal. It’s definitely a pretty up-tempo song. I find that this song more than any of the other songs had a real Arkells kind of radio-friendly vibe to it. But it’s super anthemic and it’s a good dancer for sure.”

Check out the video for “Brigade” below and stay tuned to their socials as work has already begun on a follow-up album, with hopes to release in early 2021.