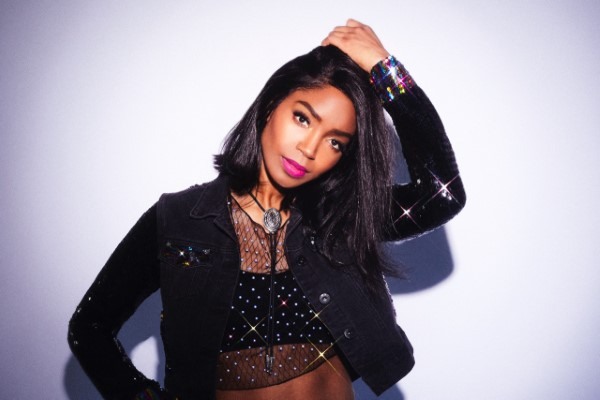 It was a long road from the concept to the release of The Best Thing for Sacha. Her six-track EP The Best Thing was released on July 24 and it “showcases Sacha’s epic voice and genuine nature, bringing a refreshing perspective to the Canadian country music scene.” If to want to escape the seeming hardships of love or toast to the good times in the past, then listening to the album is a must for you. It’s very relatable to so many things that we experience every day taking in all the unpredictable twists and turns that is called life.

Sacha calls the village of Warkworth, in the rolling hills of Ontario, home and has been a part of the country music scene for a while now performing and becoming a positive female force on stage at venues that include Boots and Hearts, Havelock Jamboree (where she was crowned “The Next Country Music Star” in 2016 and caught the eye of top agent Stefanie Purificati, and was welcomed into the fold of A-list performing artists of the APA Agency), CMAO stages and the Canadian National Exhibition. Before the release of her new album, Sacha was thrilled that her single “Cheers” placed in the Top 50 on the iTunes Apple Music charts on the first day of its release back in May.

I was able to chat with Sacha, via email, about her album, this exciting time in her life and more and was thrilled to get to know her better and find out some interesting stories in the making of The Best Thing. Check out our questions and her answers. You will enjoy what you read.

People have a need to hear new music right about now and we at Canadian Beats would like to congratulate you on the July 24 release of your EP The Best Thing.

Thank you so much! It’s been some time since I’ve had a chat with Canadian Beats, so I am thrilled that we meet again 🙂

Music is very powerful, filling people with energy, enthusiasm, hope, and in turn giving us all a feeling of togetherness, especially during these very trying times. Now that this album is out for the world to hear, how does it feel for you? Has this album empowered you as a female country music artist?

The release of this album comes with a big sigh of relief! This project is a little over two years in the making and to know you’ve been cooking up something for some time and you can finally dish it out and give everyone a taste is the most satisfying feeling. I most certainly feel a sense of empowerment as a female country artist especially given the support from the team I have in my corner, and the reception from so many people.

Tell us a bit about your process in taking the EP from start to fruition – how long did it take to produce, what obstacles or challenges did you face, what was your personal approach to embracing the songs chosen for The Best Thing?

This journey has been quite the marathon in terms of song selection, finding the right producer, finding people willing to grace me and trust me with their songs and so many other components. Recording the album vocals took place over a period of four to five days straight day and night at Newcomb studios in Cobourg, Ontario. I also had my vocal coach Roberta Quilico in for the long haul. I ran into challenges with deadlines and requests for extensions as I just couldn’t seem to afford enough time to execute in a way that would not compromise the integrity of everything we were working so diligently to establish with the album. Not to mention, I had been graced with songs from incredible writers and artists and I wanted to do my due diligence and pay homage to them regarding the final product and the success thereafter.

I was absolutely thrilled when I got the green light from writers who were willing to champion me as an artist with their catalogue and I can say there was no slim pickings. I am still blown away by the fact that they entrusted me with their lyrical gold.

During this creative process, I have discovered I am more resilient and tenacious than I realize. I went after a goal, a vision, and a dream, and here I am today enjoying the fruit of that which started out as a tiny seed of passion watered with blood, sweat, and tears which has now come to full bloom.

What was it like working with CCMA Producer Of The Year Nominee Dan Swinimer to produce your EP?

Dan Swinimer was the turning point for this album and my career. Not only is he one heck of a creative, but what a special human being he is! He truly has a heart of gold, and he shares his heart in everything he does which I’m hopeful everyone will be able to tell when they hear his production on this album. His standard and integrity for this craft would make no room for mediocrity or familiarity. His hand in the production of this album has taken things to a new level inviting listeners to discover a fresh sound, while still keeping it country. Working with Dan was more than a blast. It was an unforgettable experience that has impacted me deeply.

Do you have any fun stories to tell us about the making of The Best Thing?

“Chicken and Beers” believe it or not, “Cheers” is not how it sounds. I had been made fun of a few times regarding my pronunciation of certain words, all in good fun of course. A helpful tip to not over pronunciation “Cheers” was to think of it as if I were saying “Chicken and Beers”. It doesn’t have to make sense to y’all but we get it. There’s actually a clip of it at the end of my “Behind the Scenes making of Cheers” video.

It takes many people, a village as it were, to create an album; from the dedication and hard work from your team and the talent and effort needed to pull this all together. With fans streaming and downloading for the most part, the credits for those who are part of your team helping you with this album – from the creative members to technical people, to those creating the album cover, and many who inspired you to push forward with the making of it – the credits that normally appear on the album jacket are no longer seen. What would you like to say to your village?

I don’t know that there are any words satisfactory for me to express my deepest gratitude to each and every individual who had a hand in this album. I will say that I can’t thank my “village” enough for something as simple as saying, “Yes.” Who would have known that something as small as a three-letter word would make a world of a difference for a girl like me. I am eternally grateful to each and every one of you for not only opening the door but also inviting me in.

With 2020 being as it is, how difficult is it for you to not be able to tour and promote your album? And, how big of a decision was it to release The Best Thing knowing that you can’t go on a tour?

I had my concerns regarding the impact of not being able to tour while preparing for an album release. Typically, it’s the main formula. You release an album then you go on tour. Not so much the case here in 2020 and I have been faced with that decision with the release of The Best Thing but I have to say, things are working out just fine. In fact, better than I anticipated. The online virtual shows and interviews are radical in the sense that heck, you can take a trip around the provinces in perhaps one day. One moment you’re in Ontario, the next moment you’re in Saskatoon and all at the click of a button titled “Live.” So I would have to say I am thrilled with the reception and the progress given this release.

Now that The Best Thing is released, what does the future hold for you in regard to getting the world to hear and catch hold of and love what your music is all about?

I am optimistic about limitless opportunities that will arrive as a result of this release. I look forward to setting up a radio tour however that will look like during this time, in hopes of broadening my audience and engaging with people from all over.

Even though you have been an artist for a few years now, having opened for some incredible Canadian country music artists including Brett Kissel, Jess Moskaluke, Madeline Merlo, The Abrahams and Terri Clark, to being crowned “The Next Country Music Star” at the 2016 Havelock Jamboree  – to those that haven’t heard about you or your music, what can you tell us about whom you are as a person and an artist, why you chose the country music genre as your career path and what is your mission in life?

I’ve often referred to myself as “A small-town girl with a guitar full of dreams.” I love music and I love people and both of those elements bring me to a place where I find fulfillment and purpose. Country living has been an early childhood experience for me growing up in a small rural town. People ask often, why did you choose country music, but I think that in actuality country music chose me.

With all the many social media platforms that exist today telling the world your life story, is there anything about you that would be of interest to your fans; something that they couldn’t find on your own social network or even Google?

I look forward to sharing my story but something not everyone knows about me as yet is that I have an identical twin sister.

At this point, we at Canadian Beats would like to thank you, Sacha, for taking the time to answer our questions and help everyone get to know you a little better. We wish you much success with The Best Thing and all future endeavours. The Best Thing is great album and it’s one that you should add to your collection.