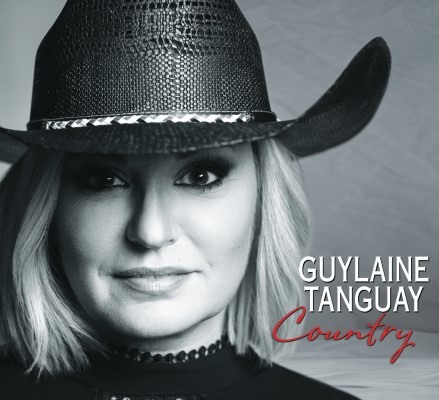 Guylaine Tanguay has shown no signs of slowing down since COVID-19 has hit. Tanguay released her latest album appropriately titled Country at the end of May and has been one of the front running artists performing a series of drive-in concerts throughout Quebec this summer. Despite the pandemic, and the digital world taking music by storm, Country has sold almost 5,000 physical copies since its release and continues to hang around the charts. The album was widely distributed across the country with the latest edition of the special magazine Échos Vedettes Country.

Tanguay has done her best to bring music to her fans during this pandemic, and keep their spirits up during this isolating time. Often accompanied by her talented daughter Mary-Pier Bazinet, Tanguay has posted over 50 videos during the past couple of months telling stories and performing some of her favorite tunes, new and old. Bazinet also wrote the song “I’m Your Mother” which Tanguay recorded and is included on the album, Country.

Tanguay recently performed her fifth drive-in concert, proving that she is more determined than ever to bring some smiles and happiness while we social distance and protect ourselves. Tanguay shines once again on Country and brings us some brand new songs, and classic tunes with a twist. Of course, the album wouldn’t be complete without her signature yodelling. Vocally Tanguay is strong and once again graces country fans with the release of more great music.

Country is available now in both digital and physical formats through your favorite music retailer. With five drive-in concert performances wrapped up, we are sure that there will be more to come.