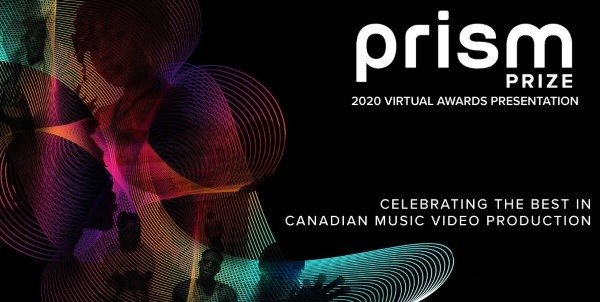 The Prism Awards, which annually recognize the excellence of talent in Canadian music videos, have unveiled the winners of the Grand Prize and Audience Award for their 8th edition of the awards. A jury of more than 120 professionals from the creative arts awarded the 2020 Grand Prize to director Peter Huang for the video clip “Far Away” by Jessie Reyez. The Grand Prize is accompanied by a scholarship of $20,000 which is an amazing increase of $15,000 thanks to the contribution of Stingray. The Audience Award went to directors Keavan Yazdani and Sean Brown for the video for “CYANIDE REMIX” by Daniel Caesar ft. Koffee.

“Music videos allow you to add depth and meaning to a song and to cast a ruthless look at the world at large” says Louis Calabro, vice-president of programming and awards at the Canadian Academy and founder of the Prism Awards. “We couldn’t be more honored to crown Peter Huang’s Far Away as the winner of the 2020 Prism Grand Prize. This punchy video is sadly a reality for many people.”

Due to the cancellation of the screening and the awards ceremony caused by the COVID-19 pandemic, a virtual event celebrated the 20 best music videos of the year. The winners of the special awards were announced by rapper Haviah Mighty and the blurbs were written by reporter and Editor Del Cowie.

Celebrated artistic director and choreographer LaurieAnn Gibson received the Willie Dunn Award, presented for the first time in honor of a Canadian pioneer who demonstrated excellence in the music video community. As the recipient of this award, LaurieAnn was invited to select an emerging filmmaker who would benefit from $5,000, courtesy of the Canadian Academy. She chose Noor Khan, an emerging director, and producer based in Scarborough.