Countermeasure releases their second single, “Carry Away” off their forthcoming album, Guest Sessions 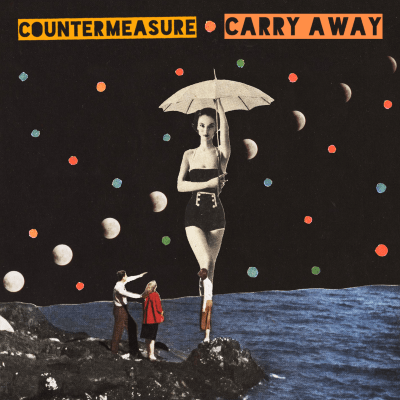 Toronto, ON-based band, Countermeasure have released their second single, “Carry Away”, off their forthcoming third studio album, Guest Sessions. The official music video for “Carry Away” will be released on Friday, July 31.

An upbeat anthem about missing absent friends, Carry Away opens with the line: “We learned the word to say “I humbly receive””. The word in question is “Itadakimasu”. It’s a common Japanese phrase used at mealtime, meaning “let’s eat”, and for Countermeasure’s, this expression sums up the group’s extraordinary experiences while on tour in Japan in 2018 and 2019.

“I wrote Carry Away as a love song to Japan…as a thank you for the generosity, the care, and the outpouring of love we received by our presenters and our audiences…Releasing this single in the midst of the COVID-19 pandemic has changed the context of the song for Countermeasure. It’s been months since the group has been able to sing together. Tours and gigs have been cancelled…what started off as a song about our time in Japan, has become an anthem about missing absent friends – a song that reminisces about better times.”

Guest Sessions is Countermeasure’s third studio album, set for release in September 2020. It’s a concept album made up of original works composed by Jensen and a features collaborations with three multi-GRAMMY award-winners

Countermeasure is a 13-member Toronto-based vocal group who have sold-out theatres across Canada, the U.S., Italy, Scotland, Japan, and the U.K. The group is currently preparing for a shared bill with the New Japan Philharmonic in May 2021 at Triphony Hall, in Sumida, Tokyo. Carry Away is one of the original Countermeasure songs that will be performed with the orchestra.