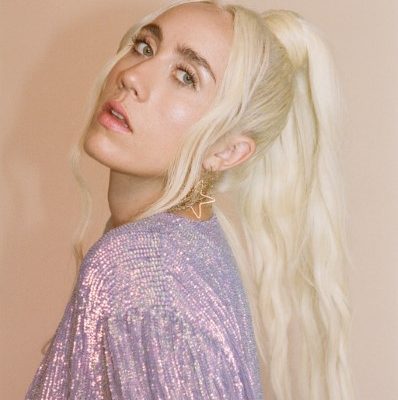 Last week we saw the release of RALPH’s reimagined cover of Jennifer Paige’s 1998 smash hit “Crush”. The track was made even more memorable by a vibrantly stunning music video animated by  Amika Cooper (blackpowerbarbie), that evokes wistful reminiscence and yearning for the 90s pop-music-related memories. This intelligently reinterpreted single joins those ultra-nostalgic disco house song beats that were popular 20 years ago with RALPH’s modern groove creating an incredibly danceable track for this 2020 summer.

RALPH noted her inspiration for recording this cover was her desire to capture “how magical it was to be pre-teen in the early 2000s”  and she fondly shares the feeling she experienced when she first listened to Paige’s song alongside her babysitter. She says:

“I had a babysitter named Kelly who I idolized. She drove a blue convertible and chewed gum and would play ‘Crush’ in the car. The song made me feel cool and flirty and powerful, and years later, I wanted to try and recreate that feeling”

Amika Cooper added a similar ultra-nostalgic note about the creation of the video, hoping the video would appropriately showcase the magical “fever dream” that was being a pre-teen in the early 2000s.

RALPH’s drop of the new track “Crush” was celebrated when she appeared as a guest on the Crave original series Canada’s Drag Race last week. I can only imagine the ultimate celebration for RALPH would be to be the one to provide a similar bubble gum, girl-power car ride experience, by which she had once been inspired- and that it may one day inspire a next-generation artist to drop an equally nostalgic and electrifying song.