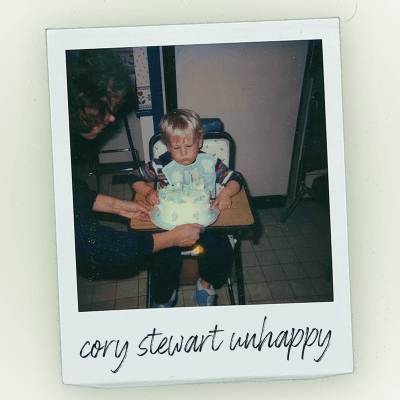 Cory Stewart releases his brand new track “Unhappy” via AWAL/Kobalt. “Unhappy” is available through digital streaming platforms here. The Canadian pop singer-songwriter has been described as an artist that creates “fearless, unapologetic and relentlessly catchy” music, providing a fresh perspective on LGBTQ+ issues. The release of “Unhappy” is accompanied by a behind-the-scenes music video, out now, which features never before seen footage of Stewart opening for Boy George & The Culture Club and in-studio recording.

“Unhappy” was written and produced by Stewart and Gavin Bradley. The track features Stewart’s signature “smooth voice” and carefully crafted autobiographical, yet universally relatable lyrics. Covering the evergreen topics of self-love, acceptance, and belonging in the LGBTQ+ community, “Unhappy” shows the rarely-exposed softer side of Stewart.

Over the past few unique months, Stewart has spent the majority of his time working on upcoming musical collaborations, as well as spearheading an initiative with the Community One Foundation, which will award up to $50,000 in COVID-19 relief to drag performers in the Greater Toronto Area.

“Unhappy” is available now on all major streaming platforms. Stewart’s debut album is expected Fall/Winter 2020 with more details to be released. You can stream “Unhappy” here today.