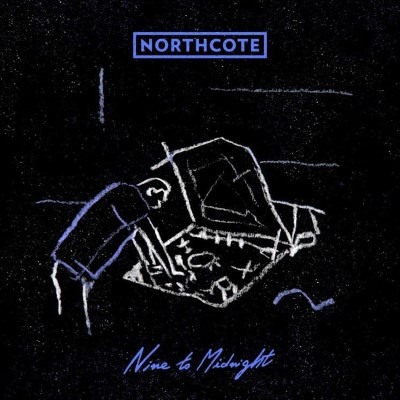 Northcote (moniker for Matthew Goud), has shared a dreamy video for his gorgeous new single, “Nine To Midnight.” The Canadian singer-songwriter and captivating storyteller uses the best of his musical talents on the new track, which features Northcote’s signature raspy-sweet vocals effortlessly laid over soulful, twangy guitar riffs. “Nine To Midnight” can be streamed on all digital streaming platforms found here.

“Nine To Midnight” follows the previously released tracks “Dancers and Queens” and “Keep On Saying Goodbye,” which both found global support on marquee playlists like Spotify’s Fresh Folk and Renegade Folk, Apple Music’s Southern Craft and Breaking Singer Songwriter, and Amazon’s Fresh Folk & Acoustic and Fresh Folk & Americana. “Nine To Midnight” will appear on Northcote’s anticipated follow-up release to 2015’s acclaimed LP Hope Is Made of Steel. The new tunes are set for a fall release through Black Box Music. Additional details about the release should be announced in the coming weeks.

“Nine to Midnight is a quiet story told closely and is supported by a subdued and intimate performance from the band” explains Northcote. “The story begins with a young boy waiting for his Father to collect him for a visit to a darkened Auto Repair shop of which his Father is a key holder. After the key is turned the boy runs to the back where the light switches are located, careful not to upset the balance of the sleeping giant that is the shop at night. When not at the shop the boy listens to the radio to learn how adults speak and imitates manliness by claiming to never be afraid of cold weather. As the story continues to unfold we notice the amount of work and sacrifices made by parents and then the disconnecting as the child grows to find their own path and identity. The parent knows secret hours of faith and work, while the child learns that one must journey away to appreciate themselves and where they came from.”

Once again showcasing his innate ability to craft accessible and engaging lyrics, “Nine To Midnight” explores the sacrifices that parents make to provide for their families. The song is a celebration of long-term commitments and glorifying humility. Directed by Zia Kalyan, the video for “Nine To Midnight” naturally draws on the song’s narrative for inspiration and showcases a dream-like world where time is less important and the characters and their roles and journey take centre stage.

To connect with fans during the pandemic, Northcote has been hosting a weekly live stream concert every Thursday at 7 pm EDT/4 pm PDT via Instagram. “During the show, I am sharing songs from different albums of mine and also cover songs that I feel align with a short story segment, or are fan-selected” says Northcote. This week, Northcote will be hosting his weekly concert from the garage where scenes from the video for “Nine To Midnight” were filmed. You can tune in here.