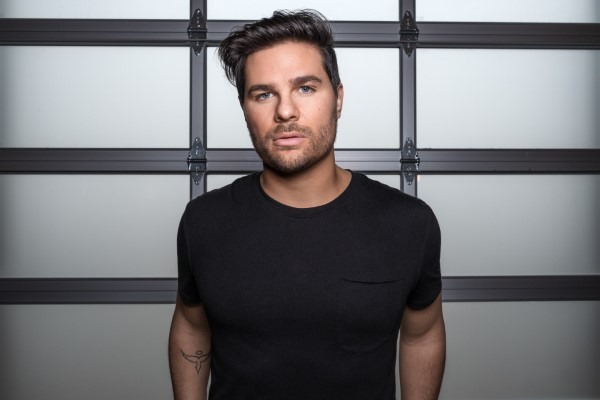 Whether it’s belting out his own tunes (including new single “Can’t Not”), writing for other country superstars or getting married in the most 2020 way possible, Newmarket, Ontario’s Steven Lee Olsen does it all with his whole heart. Add “accidental multi-instrumentalist” onto the list of talents and there are few that can match his drive to make new music, no matter the circumstances.

First things first, while cancellations clouded so many people’s plans, you had a quarantine wedding to (now wife) Shannon! What made you two decide to get ‘er done and not wait for something more “traditional”?

Honestly, we were planning on getting married just the two of us in Hawaii. I had given Shannon a trip to Hawaii for Christmas and her birthday. We had everything planned to stay in Kauai for 10 days and explore the island. When we got engaged on March 8th, we decided immediately that we would just plan to get married six weeks later, just the two of us, while we were in Hawaii, because there couldn’t have been a more perfect place.

Once the COVID pandemic hit that obviously changed our travel plans and we had to cancel our trip. We weren’t sure what we were going to do about our wedding, but we just knew we wanted to be married. Neither of us are into the “big wedding” ordeal and had always said when we were to get married it would just be about the two of us and nothing else. We were sitting at home at the beginning of May and realized that we would have been married for about two weeks if we had of been able to go to Hawaii so we said, why not just do it now.

Shannon contacted an officiant in Nashville and she said she could make it happen in our backyard at our new home in East Nashville, on the back porch at sunset. We will still renew our vows one day in Hawaii but honestly, the fact that we got engaged and married in our home was absolutely perfect.

You’ve had such huge success as a songwriter helping pen tunes for the likes of Keith Urban, Garth Brooks, and (fellow Canadian) Dallas Smith (among many others). Can you describe how you feel when you see some of these songs create huge waves in the country music scene? Who would you still love to write for?

The first feeling that always comes to mind is grateful. I have been lucky enough to surround myself with some of the best songwriters in the industry and learn so much along the way. I still have pinch-me moments all the time and it still feels like magic to me. I put so much time and heart into every song I write, even the ones that don’t get heard, so it blows me away when they reach that point of success.

I honestly have already been so fortunate to get to write songs for so many of my heroes, Keith Urban and Garth Brooks being two of them, but another artist I would love to write a song or two for is Tim McGraw. He’s just such a class act and being a product of 90’s country, it’d be cool to put that feather in my hat. Definitely on my songwriting bucket list.

In terms of your own music, including the latest single “CAN’T NOT”, what do you think draws listeners to your music that’s different from other artists?

I honestly don’t know what it is, but it could have something to do with my love for all genres of music, country obviously being at the center. It allows my catalogue to be diverse and there’s usually something in there for everybody.

I also saw a tweet about your single that you played 80% of the instruments on the track?! What made you decide to do that? How many instruments do you play?

For that particular song, when we were in the studio making it, it started with a drumbeat I had in my head. The easiest. Way to show my producer, Brandon Day, was to play it for him. As the song progressed, he just kept handing me instruments and we built the record the same day we wrote it, which wasn’t normally the way things are done, but I am starting to do more of that nowadays. I can “play” a little of everything. Obviously, I mostly play guitar and piano in the studio, but the first instrument I played was drums

What are your plans in the next six months?

In the next six months I plan to stay home in my studio “cave” that I’ve built and make as much music as I can and obviously social distance properly and wear a mask. I have been writing a ton during this time and I can’t wait for people to hear the music that comes out of this.